Shraddha Kapoor recently shared some snap time with the budding Naval Officers at a maritime institute during her shoot for Sahoo. The actress has a busy schedule with Pabhas as Saaho picks up the pace for completion.

The actress who is known to have a huge fanbase all over received a warm welcome from the institute. Team of Saaho along with Shraddha had been to the location to shoot some thrilling underwater sequences.

Before Karjat, the film was being shot in Hyderabad. The film is touted to be an ultra-modern action flick that will feature Shraddha performing some daredevil action stunts.

It is being shot in Tamil, Telugu and Hindi, simultaneously at different locations. The film marks Shraddha Kapoor's debut as an actress in a Pan India movie.Shraddha has recently wrapped the shoot for Chhihhore and now has begun the next schedule for Saaho in the city. 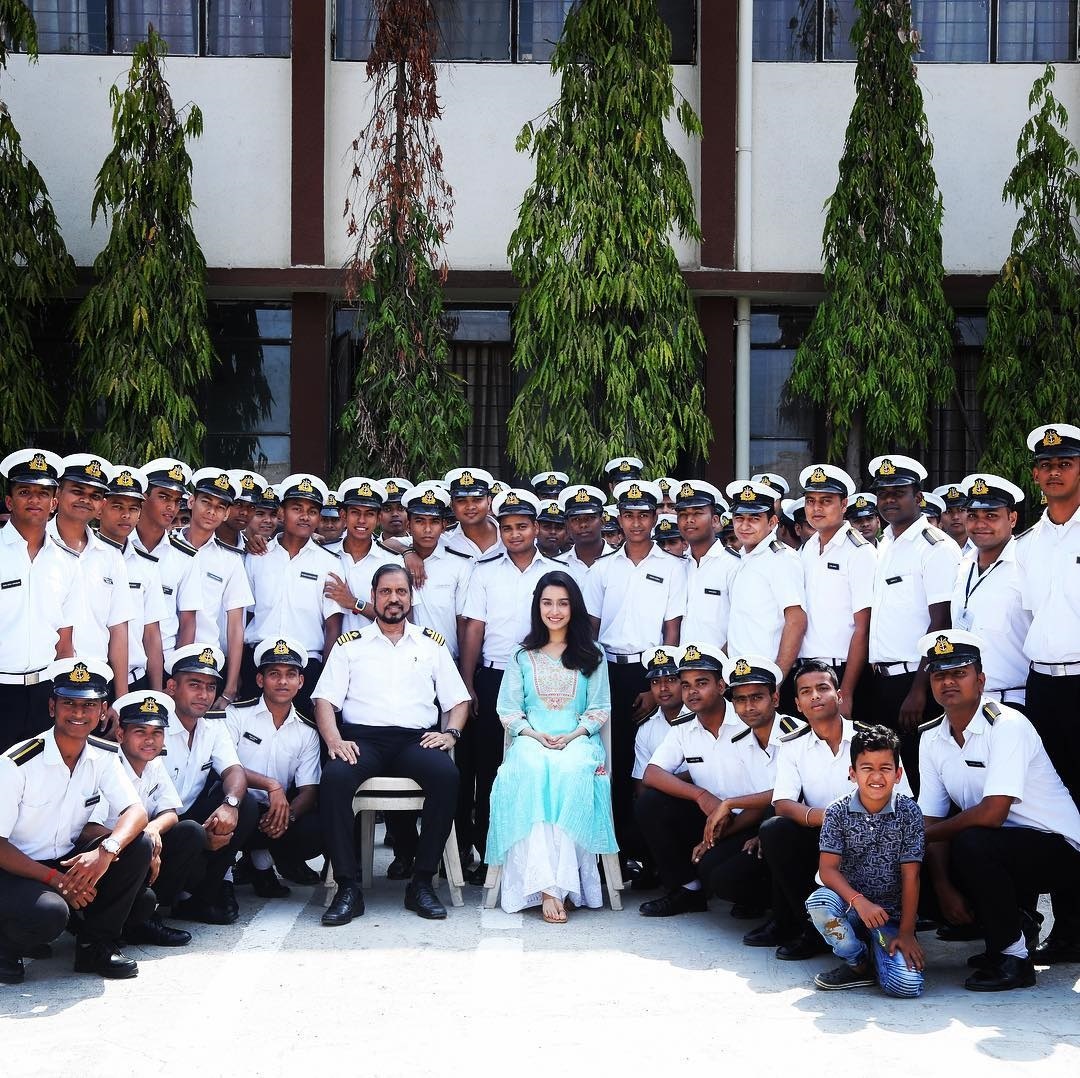 The actress trains for 1.5 hours every day without any break and is doing dance rehearsals for three hours straight. The mantra seems to be working well as Shraddha Kapoor is one actress who doesn't look for box office numbers but what really appeals her is a good script.

On the work front, after the success of Stree, Shraddha will be seen essaying varied characters in her upcoming films Saaho, Chhicchore, Street Dancer, and Baaghi 3.