If hush-hush talks between Sonam Kapoor and Malaika Arora is true, this new gossip will surely be a match to petrol.

Was Sonam Kapoor embarrassed by Malaika Arora at a party? (Photo: Twitter)

Are we smelling a new cold war among the divas, Sonam Kapoor and Malaika Arora? Reports say yes! According to new claims, not everything is fine between the likely ‘soon-to-be’ cousins. For some time now after Malaika and Arjun’s whirlwind romance, there have been hush-hush talks that Sonam isn’t that a big fan of Malaika and if those hush-hush talks are true then this new gossip will only be a match to petrol. A new report by Woman’s Era claims that Sonam Kapoor was left bewildering embarrassed at a party after she, who saw Malaika’s drunken state tried to assist her but was asked to go away leaving the Ek Ladki Ko Dekha Toh Aisa Laga humiliated.

This incident has sparked some cold vibes between the two actors which makes us wonder what will happen to the Arjun-Malaika romance? Because reports claim that the duo is said to walk down the aisle in a Christian wedding in April this year. 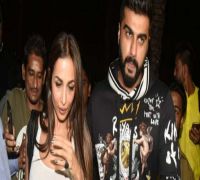 Malaika Arora and Arjun Kapoor to have a Christian wedding in April? 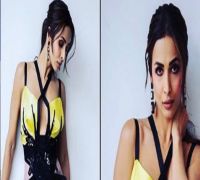 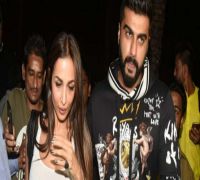 Malaika Arora and Arjun Kapoor sparked dating rumours in 2018 after they were seen spending a lot of time together. A source had then stated, "Arjun and Malaika have started spending quality time together. They are extremely fond of each other and are exploring their beautiful relationship. Let’s not jump the gun here. We should just let them be. Marriage is definitely not on the cards anytime soon for them."