Sharing the popular 'masakali' glimpse of the movie on his Instagram handle, the Delhi-based entrepreneur recounted how Sonam's energy and emotions mesmerized him back then. He said, “The first time I ever saw you … on the screen … at #CinemaVillage in Union Square NYC … your face looked familiar even though we had never met before … it was my second year working and your second film. I hadn’t been home for a year and went to see the movie just because I was homesick and the title had ‘Delhi’ in its name…! I didn’t understand the movie completely but the connection it created with its audience was undeniable. This is the power of intention, energy and emotion that you and @bachchan put so sincerely into the film. It’s something I learn from seeing you work till today.”

The 'Ek Ladki Ko Dekha Toh Aisa Laga' actress replied to this lovely gesture by commenting, “I found my  *a bulb emoji* in you.”

Sonam also recently celebrated 10 years of Delhi-6 helmed by Rakeysh Omprakash Mehra with an Instagram post, calling it a heartwarming story about love, life and relationships. Although the movie did not fare well at the box office, it proved to be a turning point in Sonam's Bollywood career.

After two months of conversation on Facebook and late-night phone calls, Sonam met Anand in London for the first time. They got married after two years at a lavish star-studded wedding in Mumbai and since then Sonam and Anand have ever shied away from giving relationships goals on social media platforms.

On the work front, Sonam is currently shooting The Zoya Factor, a movie based on a novel by Anuja Chauhan of the same title co-starring Karwaan actor Dulquer Salmaan. 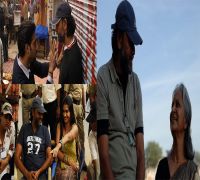 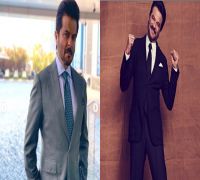 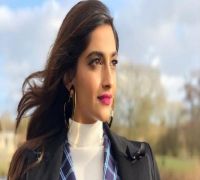 Sonam Kapoor changed her name on social, here’s why?