This Pakistani actor REFUSED to work opposite Priyanka Chopra and the reason is SURPRISING!

Priyanka Chopra will next be seen alongside Farhan Akhtar, Zaira Wasim and Rohit Saraf in Shonali Bose’s The Sky Is Pink.

This Pakistani actor REFUSED to work opposite Priyanka Chopra.

Priyanka Chopra is one of the most talented actors that we have today. Apart from Bollywood, the gorgeous actress has also made a mark in the glamour world abroad. With many hits such as Fashion, Barfi, Bajirao Mastani and Mary Kom to her credit, Priyanka is on the top of her acting game. There are many actors around the globe who would love to work with PeeCee.

However, Pakistani actor Shamoon Abbasi had refused a role opposite her. Recently, during his appearance on ARY News’ show ‘Har Lamha Purjos’, Shamoon Abbasi revealed the reason why he decided to refuse the role offered opposite the ‘Desi Girl’. He explained that producer Hasan Zia called him from Delhi and said, ''I’m with Vishal Bhardwaj [Bollywood director] and he wants to cast you with Priyanka Chopra in a film.''

At that time, Shamoon was occupied with Pakistani movie Waar. So he informed Zia on the phone that he is a little preoccupied right now and requested if the timetable could be adjusted a bit. He explained, ''He [Zia] got angry and said, ‘You’re telling me I should ask Priyanka Chopra to wait for you. I said yes, he said ‘no’.'' 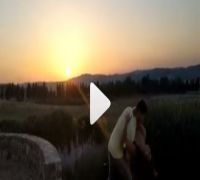 In Video: Priyanka Chopra twirling and falling into Nick's arms before setting sun 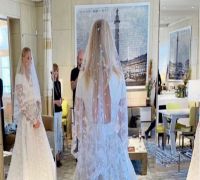 In PICS: Sophie Turner and Joe Jonas looked every bit regal as bride and groom 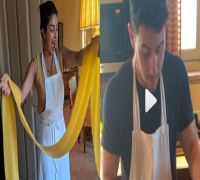 In Video: Priyanka Chopra and Nick Jonas dishing out Italian cuisine like a pro on date night

Meanwhile, Priyanka is currently vacationing with husband Nick Jonas in Italy. She recently shared some stunning photos of her chilling by the poolside in a monokini with a cocktail in her hand.

On the film front, Priyanka will next be seen alongside Farhan Akhtar, Zaira Wasim and Rohit Saraf in Shonali Bose’s The Sky Is Pink.