Karan asked Alia to get married soon because Ranbir might slip out of hand at any time. "Kyunki you never know with Ranbir, woh kabhi bhi haath se jaa sakta hai!" opined Karan.

Bollywood is high on wedding fever. After Anushka and Virat's hush-hush wedding in 2018, Sonam-Anand, Deepika-Ranveer and Priyanka-Nick followed suit. Soon the eyes were on Alia Bhatt and Ranbir who after keeping their relationship status under wraps for a long time have become vocal about it.

Although Alia has time and again said that wedding bells aren't ringing for her any time soon. even industry insiders and well-wishers now want her to tie the knot soon.

the one with all the joy 😇💥

In a recent interview, Alia said,"I don’t understand the need for everyone to discuss this (my wedding) all the time. But then, I think to myself that it’s a simple question and my answer remains the same. If I’m not getting married right now, that’s what I’ll say. I’m happy being in a relationship, but that doesn’t mean I’m tying the knot just yet."

Cupid struck Ranbir and Alia when the two were shooting for 'Brahmastra' directed by Ayan Mukerji. There have been rumours that the two will tie the knot in 2020. Since then the couple was seen going on romantic gateawats and bonding with each other's family. A few days ago, rumour mills were abuzz that their relationship is on the rocks when photos of Alia looking disgruntled with Ranbir surfaced. The 'Raazi' actress however, maintained that they are going strong and was busy  was busy "Valentining" that day. 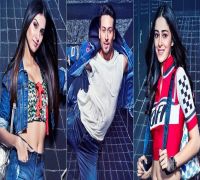 Alia, Varun and Siddharth to make special appearance in Student of the Year 2 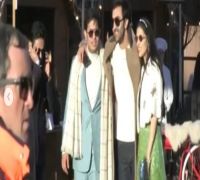 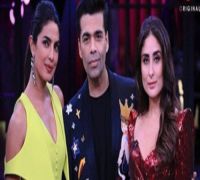