The News Of Ritu Nanda's Demise Was Shared By Megastar Amitabh Bachchan On Official Blog And Nanda's Sister-in-law Neetu Kapoor. 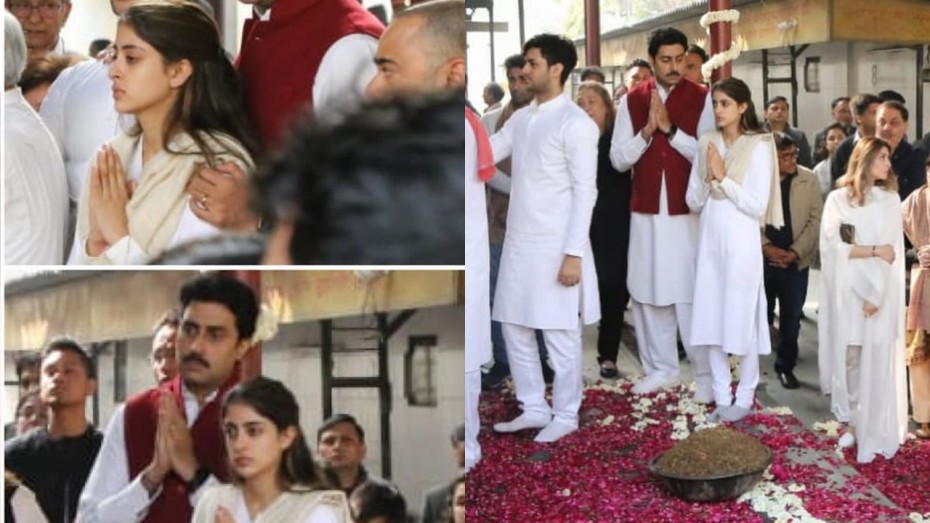 Ritu Nanda, late actor Raj Kapoor's daughter and Shweta Bachchan's mother-in-law, on Tuesday passed away at the age of 71. The news of her death was shared by megastar Amitabh Bachchan on official blog and Nanda's sister-in-law Neetu Kapoor. According to reports, Nanda was battling cancer for the last few years.

The last rites of Ritu Nanda were performed in Delhi today which was attended by the Bachchan family and the Kapoor family. Granddaughter of Ritu, Naya Naveli Nanda was inconsolable at the funeral and Abhishek was seen consoling his niece. Pictures of the same have surfaced online.

Navya’s brother Agasthya Nanda is also seen at the funeral. In the pictures, Nikhil Nanda is seen standing next to Navya.

Neetu, wife of Nanda's younger brother Rishi Kapoor, posted a tribute for Nanda on Instagram. "My dearest may your soul Rest In Peace," she wrote alongside a photo of hers with Nanda.

In another post she shared a picture of Ritu with Ranbir Kapoor. She wrote, "Lovely memories."

The second of Raj and Krishna Kapoor's five children, Nanda was born on October 30, 1948. Unlike her three brothers -- Randhir, Rishi and Rajiv - she did not venture into acting and instead worked as an insurance advisor.

She was married to industrialist Rajan Nanda, who died in 2018. They have two children -- son Nikhil, who is married to Amitabh's daughter Shweta, and daughter Natasha.

Nanda is also known for writing books on her filmmaker father.