Ananya Panday Takes Down Trolls Who Mocked Her For Comparing Chunky Panday With Tony Stark; Here’s Her EPIC Reply

A few days back, Ananya Panday became troll fodder for harmless comparison of her father Chunky Pandey with Marvel hero Tony Stark aka Iron Man. Chunky Panday was sporting a semi-goatee and a rim-less set of glasses and looked similar to the Ironman actor. The netizens went berserk with their reactions and comments on Ananya's Instagram as well as Twitter post.

Ananya who seemed to be quite unapologetic about her post came back with a feisty reply for all the trolls. The ‘Pati Patni Aur Who’ actress posted a throwback picture of her father with Robert Downey Jr. and captioned it as, "Why you gotta h8". Take a look - 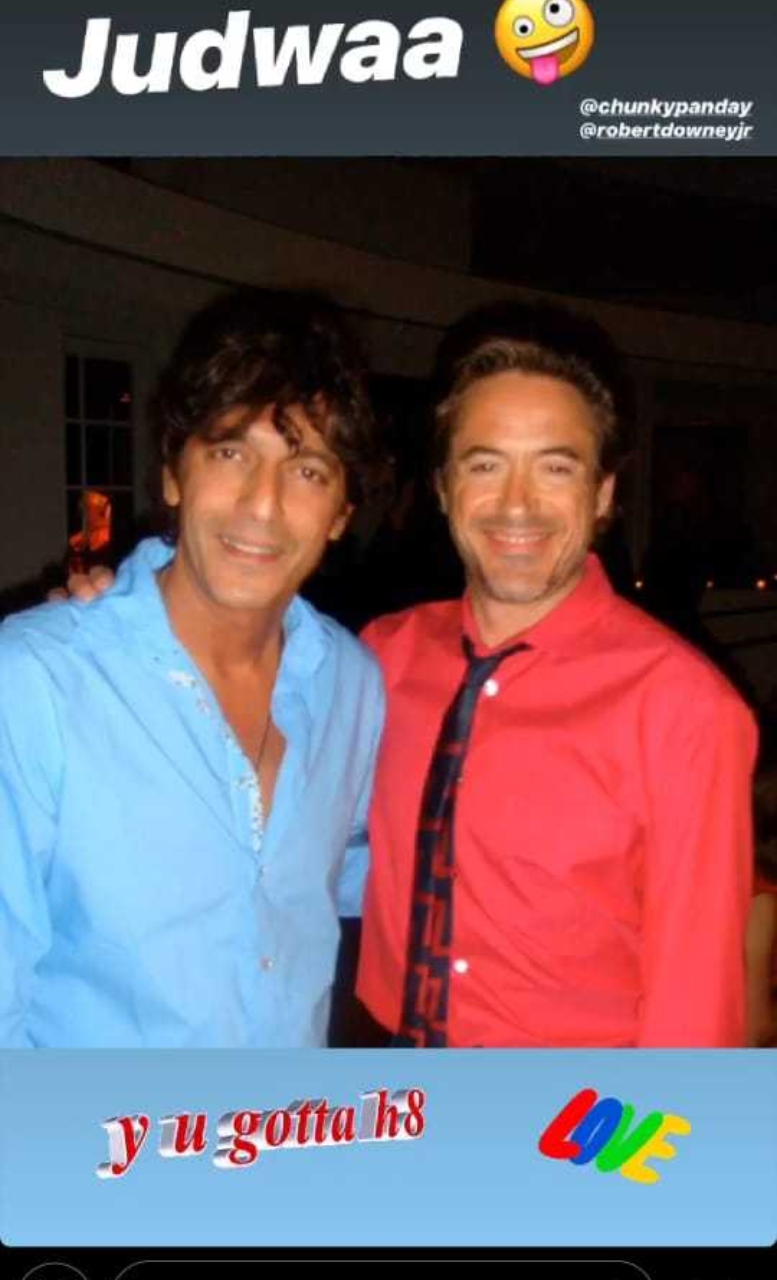 Posing with Tony Stark and the hottest principal EVER!!! Thank you for having us @TheFarahKhan âÂÂ¤ï¸ÂÂðŸ¤© #BackBenchers pic.twitter.com/8rXIlODvYb

But soon later, Ananya was trolled for making the comparison to Marvel's Iron Man. "Thank God Tony Stark is not alive to see this," one fan wrote and there were more mean comments targeted at Ananya Panday.

Chunky Pandey had a fan boy moment when he met Robert Downey Jr. at the famous Beverly Wiltshire hotel hew years back. Chunky and his wife Bhavna were asked to be ready for a surprise dinner guest at their table by the manager of the hotel and it turned out to be none other than the Iron Man star.

Robert and Chunky were both part of an exclusive dinner organized to showcase an art exhibition and the two actors soon discovered that they share a common love for sunglasses and have hundreds of them in their collection, said a source close to Chunky then.

On work front, Ananya Panday will be seen in Pati Patni Aur Woh, where she co-stars with Kartik Aaryan and Bhumi Pednekar. Pati Patni Aur Woh is an adaptation of the 1978 drama of the same name, which featured Sanjeev Kumar, Vidya Sinha and Ranjeeta Kaur in the lead roles. It is being directed by Mudassar Aziz and produced by Bhushan Kumar and Juno Chopra. The film is slated to release on 6 December, 2019.