Deepika Padukone has never refrained from portraying challenging roles in her career even if that meant letting it affect her emotionally. 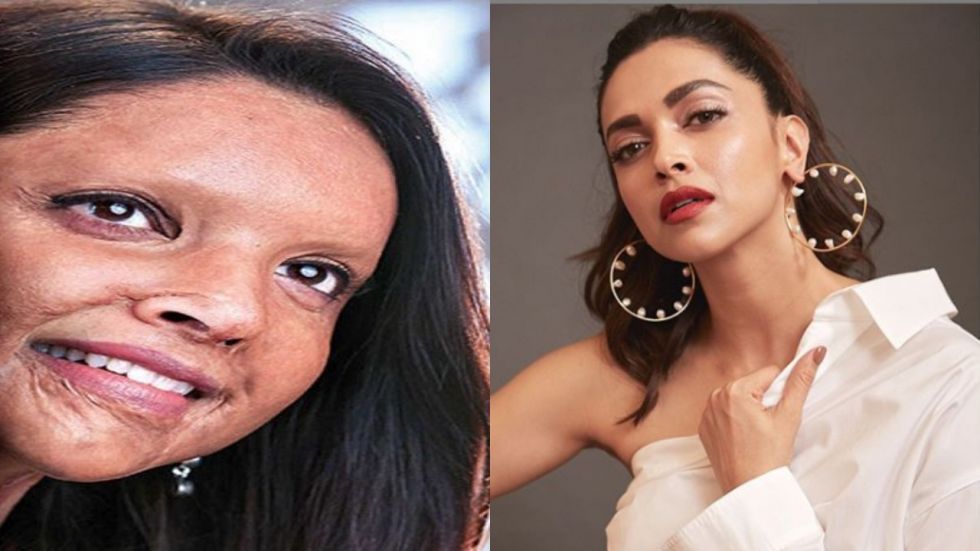 Deepika Padukone Had To Do THIS To 'Heal Emotionally' After Chhapaak's Shoot (Photo Credit : Instagram/DeepikaPadukone )

Deepika Padukone has never refrained from portraying challenging roles in her career even if that meant letting it affect her emotionally.

Deepika Padukone is all set to bring the brave story of acid attack survivor Laksmi Agarwal to the silver screen with her upcoming film Chapaak and on the crusader of mental well being on the World mental health Day has revealed that the role has impacted her in a way that no role has so far in her career.

To disassociate herself from the character and seek a mental healing Deepika who also turned producer with the film in a celeb chat show, Off The Cuff''confessed she had to burn off the prosthetics that gave her look of an acid attack survivor.

The actress said, "I literally had to burn the piece of prosthetics that I was wearing on the last day of the shoot. That was my way of trying at least to let go everything that I experienced."

She added, "I literally burnt it. Prosthetics are expensive, we get charged per piece of prosthetics that the artist makes. But I took a call as a producer, I said I don't care, I need to heal emotionally."

To carry out her action without harming the shoot, Deepika revealed that she asked her to make up artistes to prepare an extra piece. After the shoot wrapped up, she took some alcohol and burned the prosthetics piece. " I stood there watching it burn until it had disappeared completely in front of me," she said.

The actress concluded that the vision of the piece burning is stuck in her head helped to get the character out of her system partially.

Actors getting too attached to a character they are portraying is not a new phenomenon. Earlier Deepika's husband  Ranveer Singh had to seek the help of a psychiatrist to get out of his Khilji mode in Padmavaat.