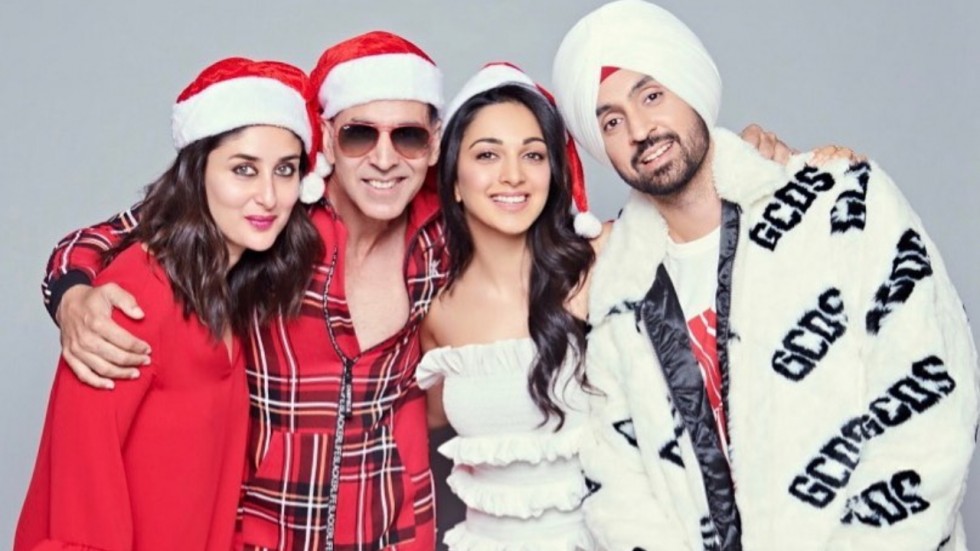 Akshay Kumar and Kareena Kapoor’s Good Newwz has crossed the Rs 300 crore mark worldwide at the global box-office. Producer Karan Johar announced the same on Twitter and wrote, ''The goof-up which is creating a laugh riot around the GLOBE!!”

The film has collected Rs 190 crore at the domestic box-office in 18 days of its release. It marked Akshay Kumar’s fourth film of the year to hit the Rs 100 crore mark at the box office, following Kesari, Mission Mangal and Housefull 4.

Akshay Kumar, who reunites with Kareena Kapoor in the movie, told news agency IANS that he's "overwhelmed" with viewers' response. "We are extremely overwhelmed with the response coming in for Good Newwz as it's a subject which had to be shared with the audience. It's an important subject and I thank the viewers not only in India but also overseas that they have accepted us with open hearts. With this film, I am confident that a movie with good messaging and subject will always fetch success and appreciation," Akshay said.

The story of the film revolves around two married couples and their journey of love. Akshay and Kareena are seen as Mr. and Mrs. Batra, trying to conceive a baby. On the other hand, Diljit Dosanjh and Kiara Advani too, who share the same surname, also plan to have a baby through IVF. And the real twist comes when Kareena’s eggs are fertilized with Diljit’s sperm and Kiara’s eggs are fertilized with Akshay’s sperm.