The trailer of the much-awaited comedy film Housefull 4 released a few days back and opened floodgates for memes. 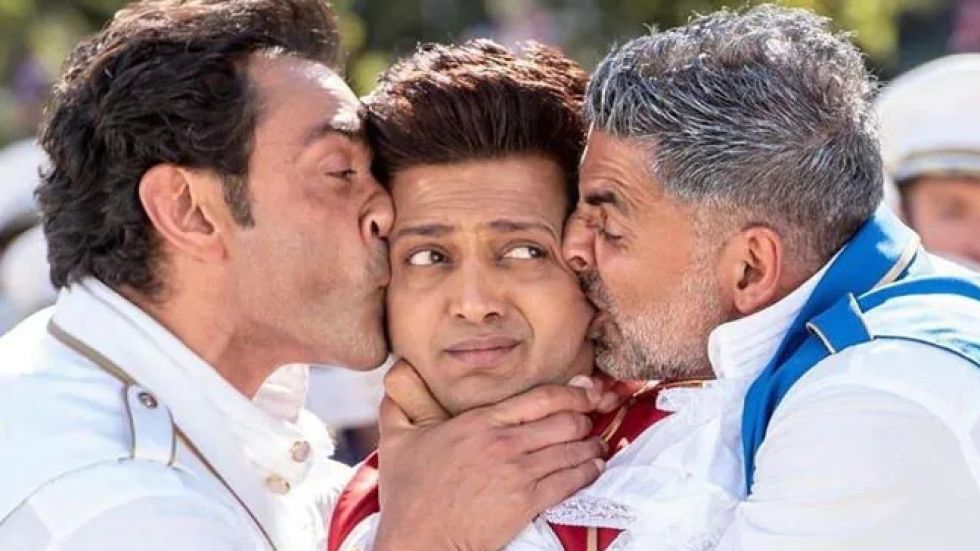 The trailer of the much-awaited comedy film Housefull 4 released a few days back and opened floodgates for memes.  Now the first song of the film titled 'Ek Chumma' is out  and is equally funny and entertaining.

The peppy track has been filmed with iconic landmarks  serving as the backdrop. withe every character flaunting vibrat outfits the song appears more appealing. The song has been shot in the United Kingdom and shows the actors dressed up in Scottish outfits with their girls beating them with their six-inch heels.

The song is sung by Sohail Sen, Altamash Faridi and Jyotica Tangri and is written by Sameer Anjaan and composed by Sohail Sen. The video received more than 6 million views in few hours of its release.

In one shot, Akshay Kumar is seen kissing the foot of Pooja Hegde and ends up getting a whack across his face

Directed by Farhad Samji and produced by Sajid Nadiawala, Housefull 4 is based on the concept of reincarnation, spanning 600 years from 1419 to 2019. The film is set to hit the screens on October 25, 2019.