Rajkumar Hirani Hirani took to Twitter to share his film that brings Mahatma Gandhi's values back into our lives. 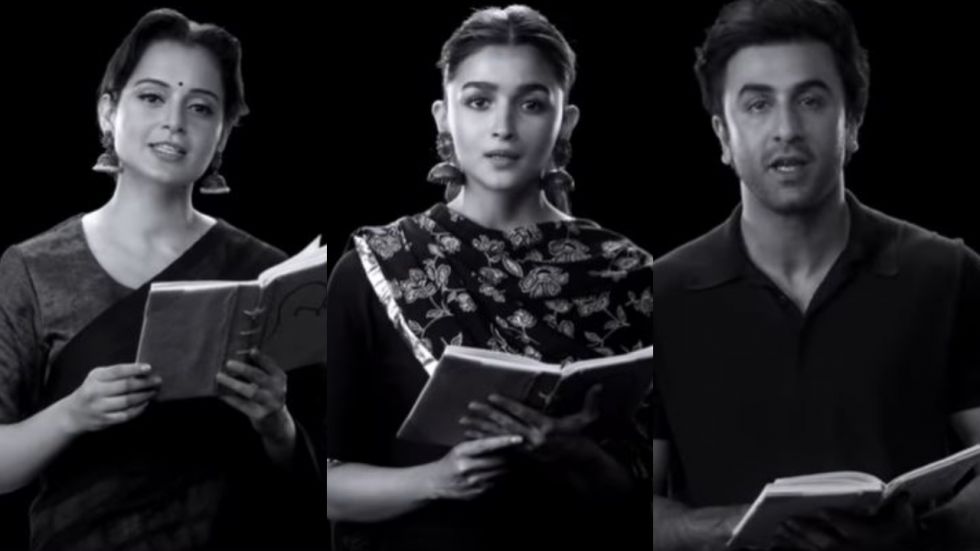 Prime Minister Narendra Modi on Saturday met Bollywood actors, that included  Shah Rukh Khan, Aamir Khan, Kangana ranaut, Sonam Kapoor  and filmmakers like Rajkumar Hirani, Anand L Rai to discuss initiatives to mark the 150th birth anniversary of Mahatma Gandhi. Hirani after the commencement of the meet took to Twitter to share his film that brings Mahatma Gandhi's values back into our lives.

"Deeply honoured to have played a small part in showcasing Mahatma Gandhiji's greatness. " read his tweet. The 1.40 min long monochrome video starring the A-lister Bollywood actors from Shah Rukh khan to Vicky Kaushal and Kangana Ranaut to Ali Bhatt captured some of Gandhi's re-iterated teachings and sayings including non-violence, peace and truth among others.

Deeply honoured to have played a small part in showcasing Mahatma Gandhiji's greatness. Celebrating and saluting 150 years of the Mahatma #ChangeWithin - https://t.co/HdsUTwCccS

The clip starts with Gandhi's symbolic Charkha movement that he used to propagate Swadeshi feelings during the pre-independence era and has his voice playing in the background. It later moves on to the stars who dressed in black recites lines of Mahatma with a book in hand.

Highlighting Gandhi's teachings on 'non-violence' Aamir recites, : I am against nonvilnence as the solution it gives is temporary, but hatread remain for ever. Kangana bolestering the idea of 'belief' said, :Keeping belief in one's motive an able person can change the course of history".

Alia Bhatt re-iterated Gandhi's notion of 'Forginess' as "The weak cannot forgive, its the quality of the braveer ones." "Dont' lose home hope on humanity for it is like a sea, if a few drops are dirty, it doesnot mean the whole sea of humans is contaminated.". The video ends with 'Vande Mataram'; the music score from Hirani's blockbuster movie 'Lage Raho Munna Bhai'

The video was released by Prime Minister Narendra Modi himself at his residence. Plans hosting an international entertainment summit in India were also discussed with the stalwarts of Bollywood.