Singer-actor Nick Jonas was groped by a fan during ‘Happiness Begins’ Concert in Los Angeles earlier this week. 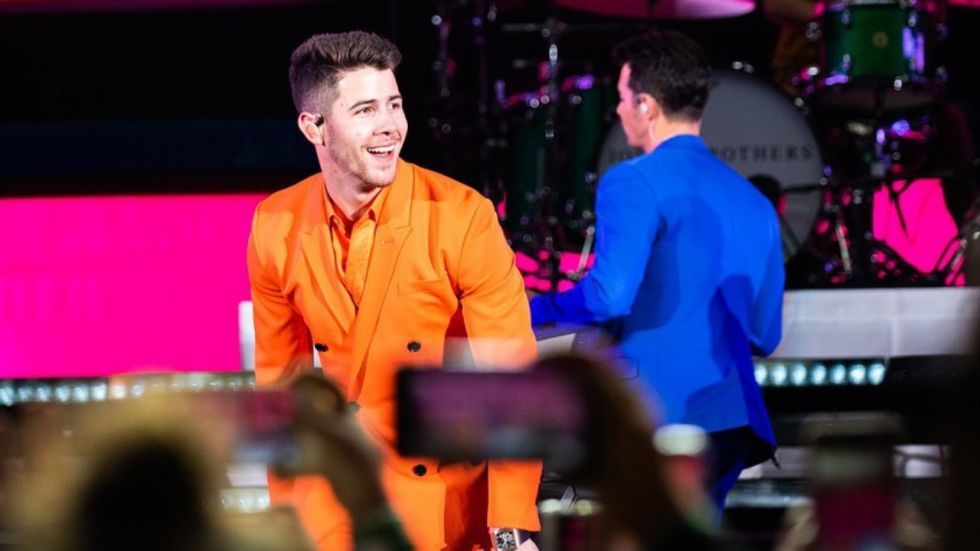 Nick Jonas was groped by a fan during ‘Happiness Begins’ Concert in LA. (Photo Credit : Twitter )

Singer-actor Nick Jonas was groped by a fan during ‘Happiness Begins’ Concert in Los Angeles earlier this week. A video has been shared online which shows the Jonas Brothers performing on the stage, as a fan inappropriately touches Nick from behind. The security guards can be seen stopping her, but she continues to run her hand through his legs. At one point, the singer even turns around and swats the fan’s hands away.

Watch the video below:

Several people have condemned the behaviour, identifying it as sexual assault. ''That IS sexual assault. She went and touched him without his consent in a place that’s not hers to touch and it makes me so f*cking sick,” one person wrote on Twitter. ''This person is literally assaulting Nick right on stage. This is so disgusting!!! They should’ve thrown her out and banned her from future events,'' wrote another.

They need to stop touching him PERIOD!

Dear @nickjonas on behalf of the rest of the fandom I really want to apologize for what happened at the Hollywood Bowl. No one should be touched like that without consent, by a stranger. I hope the rest of us can make it up to you by showing what respect is. #happinessbeginstour

The singer has not yet reacted on the incident. However, he has thanked his fro coming to the concert. While sharing pictures, Nick Jonas wrote on Instagram,  ''Hollywood Bowl night 2. Thank you to every single one of you who made these two sold out nights so incredible. I am so grateful.''

Hollywood Bowl night 2. Thank you to every single one of you who made these two sold out nights so incredible. I am so grateful.

Priyanka recently spoke about the #MeToo Movement at an event and said, ''Sexual harassment had become a norm with women,” she said, adding, “Now because of the support we are giving each other, people don’t have the power to shut us down. And that’s an incredibly powerful thing to see. Now if I have a story I don’t feel I am alone anymore – and I am not ashamed of it.''