Rajkummar Rao has admitted several times that he is a hardcore Shah Rukh Khan fan. 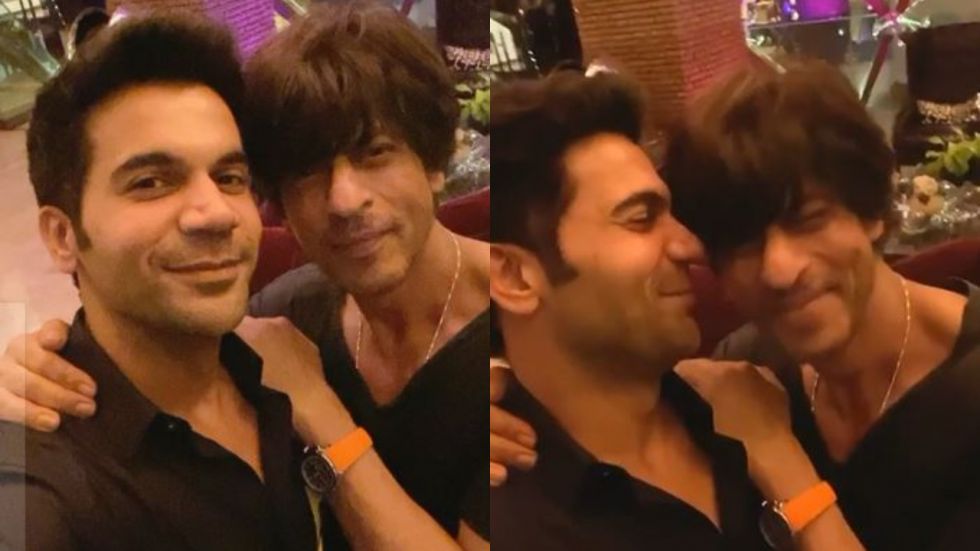 Rajkummar Rao has admitted several times that he is a hardcore Shah Rukh Khan fan. It was just recently when he revealed that he used to stand outside Mannat – Shah Rukh’s residence, and wait for over 6-7 hours just to get a look at him. And now the actor has posted an adorable video where the Dilwale actor is seen reciting one of his dialogues from the 2018 film Stree.

Rajkummar took to Instagram to share the video and captioned it, "Since childhood I’ve been saying his dialogues. What a wonderful feeling when he decides to say my dialogue this time. There’s is no one like you @iamsrk sir. You’ve inspired me to become an actor. Biggest fan ever. #Stree."

Talking about his current equation with King Khan, Rajkummar revealed, ''Shah Rukh is so fantastic. He is so charming and after that, of course, now, we are pretty close. Like I know I can message him, I know I can call him and he calls me and I still get pretty excited and you know that fan inside me would never die. I still feel very very happy whenever he calls me.''

Earlier, talking about being compared with the Khans, Rajkummar had said, ''I don’t think we can compare superstars and actors like me. The kind of films Aamir sir, Shah Rukh sir and Salman sir have done are amazing. You can’t say they are not good just because one of their films did not work.''

On the work front, Rajkummar will be next seen in Roohi Afza with Janhvi Kapoor and Turram Khan with Nushrat Bharucha. Shah Rukh Khan has not yet announced his next project but will be producing Aamir Khan and Kareena Kapoor Khan starrer Laal Singh Chaddha.