Bollywood film fraternity met Prime minister Narendra Modi to discuss the possibilities of holding an international film summit, and building the University of cinema as part of the #ChangeWithin initiative. 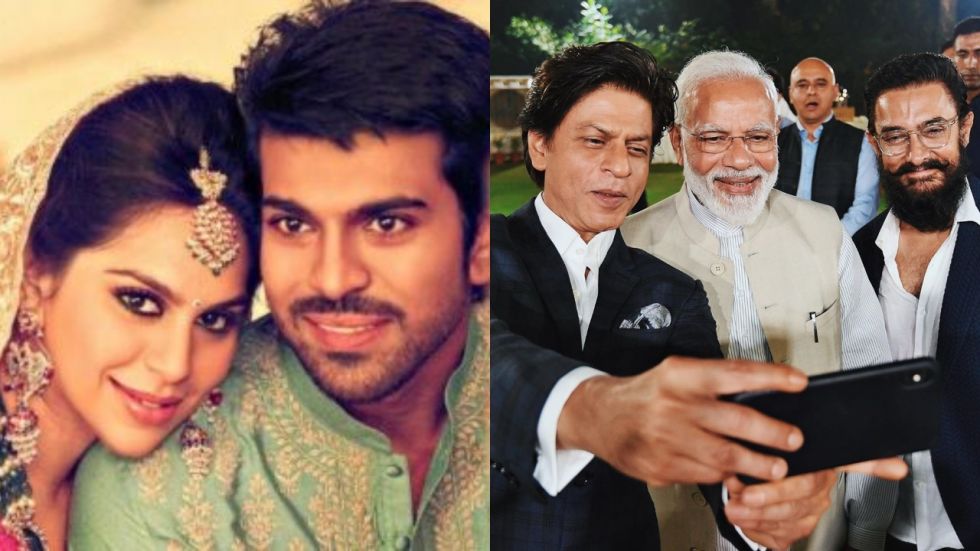 Bollywood film fraternity met Prime Minister Narendra Modi to discuss the possibilities of holding an international film summit, and building University of cinema as part of the #ChangeWithin initiative. The event included the whos who of Bollywood from Shah Rukh Khan, Aamir Khan, Sonam Kapoor, Kangana Ranaut and filmakers like Rajkumar Hirani, Aand L Rai several others. They also promoted Mahatma Gandhi and his teachings and released a video on his ideology.

Entrepreneur and Ram Charan's wife Upasana Kamineni, however, felt that there was none of the actors present there was from the South Indian film industry and and being a part of it she felt neglected. Sharing a photo of PM Narendra Modi with Shah Rukh Khan and Aamir Khan, Upasana wrote a note explaining her concern.

Her post reads, "Dearest @narendramodi ji. We in the South of INDIA admire you & are Proud to have you as our Prime Minister. With all due respect, we felt that the representation of Leading personalities & cultural icons was limited only to Hindi Artists and The South Film Industry was neglected. I express my feelings with pain & hope itâ€™s taken in the right spirit. Jai Hind (sic)"

Reportedly, the only celebrity who represented the South was popular Telugu producer Dil Raju.

Meanwhile fans on Chreenjivi and other Telegu and Tamil film industry icons too reacted to the absence of any prominent Soputh indian actor in any of th epictures shared by Modi or teh celebs.Hereare some of tweets