Anushka Sharma recently made a stylish appearance at the Vogue Women of the Year awards on Saturday. 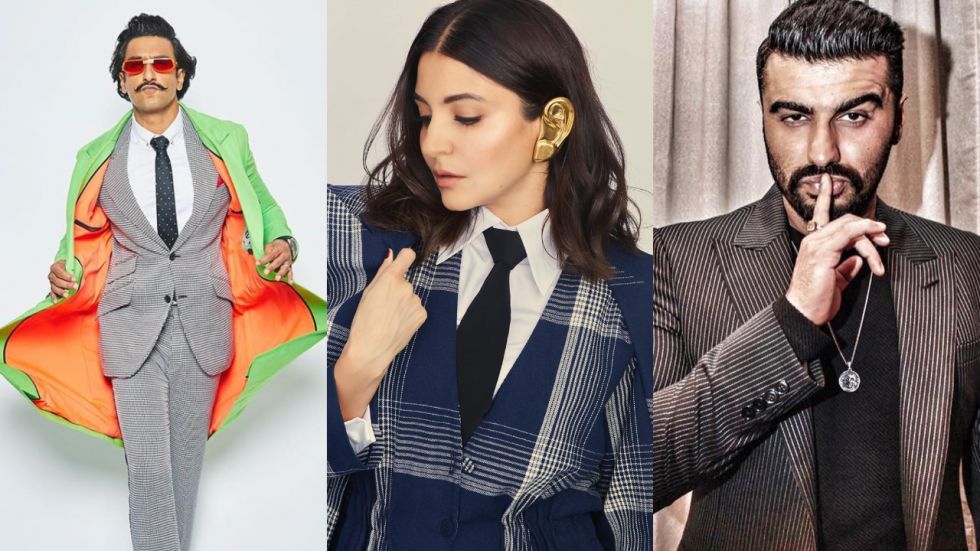 Anushka Sharma recently made a stylish appearance at the Vogue Women of the Year awards on Saturday. For the event, the Zero actress donned a Gucci tailored jumpsuit and topped it off with a matching blazer, but it was her golden ear cuff that stole everyone's attention, including her B-town friends Ranveer Singh and Arjun Kapoor.

As Anushka shared several pictures of herself on Instagram, Ranveer commented on one of them, ''Love it.'' Anushka shared another picture with the caption, ''Suited Aur Booted''. Reacting to this one, Ranveer wrote in the comments section, ''Sooper.'' Arjun Kapoor, on the hand, seemed to be stuck on the gold ear cuff alone and teased her with Govinda and Karisma Kapoor’s hit number Sona Kitna Sona Hai from their film Hero No 1.

Anushka and Ranveer recently met at an awards function and a funny moment between the two was caught on camera. Ranveer was on stage speaking about success and what it means. He then got off the stage and asked Anushka, "What does success mean to you?" Anushka, in her usual forthright way said, "Ranveer, you're not the host!" Ranveer laughed and headed back to the stage while apologising profusely.

Anushka will now be seen opposite Hrithik Roshan in Seven. Directed by Farah Khan and produced in collaboration with Rohit Shetty, it is the remake of Amitabh Bachchan and Hema Malini’s hit 1982 film Satte Pe Satta. Ranveer will soon be seen in 83 with Deepika Padukone. The film is based on India’s first cricket World Cup win in 1983 and Ranveer stars as the team’s former captain, Kapil Dev.