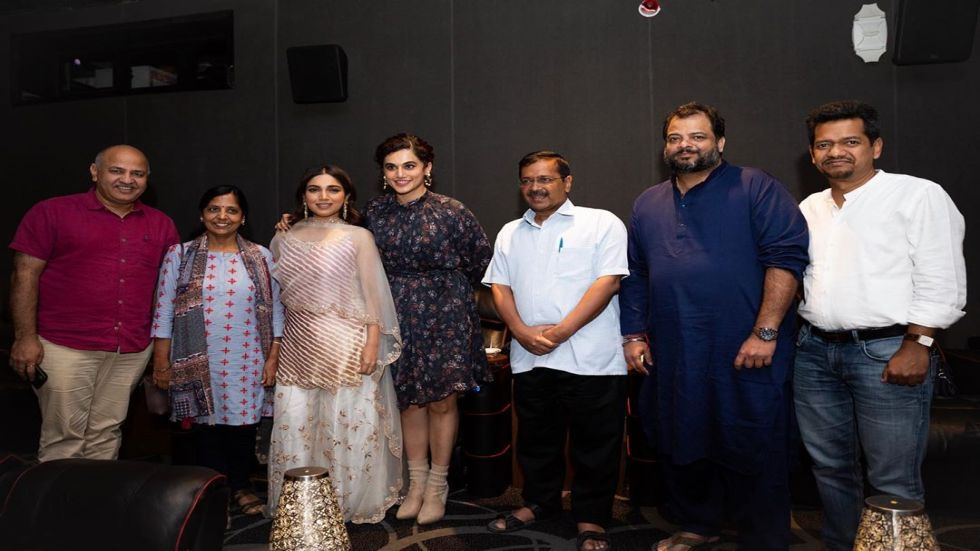 Chief Minister Arvind Kejriwal of Delhi tweeted: "Delhi govt gives tax-free status to 'Saand Ki Aankh' in Delhi. The message of the movie should reach to people of every age, gender and background? The power of a dream, and the power derived from it to achieve it, despite any socio-cultural blocks."
Earlier the Chief Minister attended the screening of the movie with the stellar star cast and found it to be inspiring.

The message of the movie should reach to people of every age, gender & backgroundâ€•The power of a dream, & the power derived from it to achieve it, despite any socio-cultural blocks

The movie has also been declared tax-free in Rajasthan, Uttar Pradesh. Co-incidentally "Saand Ki Aankh", is based on the lives of India's oldest sharpshooters, Prakashi Tomar and Chandro Tomar, belonging to Uttar Pradesh.

After looking at the trailer of ‘Saand Ki Aankh’, we can see that the movie touches on several social issues internalized patriarchy, gender disparity and where the quest of two women trying to change the norms of society.

The rest of the trailer shows their fight against the society and how they overcome all the obstacles to win medals for the country.

Before hitting the big screen on Friday, the Tushar Hiranandani directorial was screened as the closing film at Jio MAMI 21st Mumbai Film Festival with Star 2019. The film received a standing ovation after the screening.