Saif Ali Khan’s newest avatar as the all-raging Naga Sadhu in Laal Kaptaan may found a fan in Aamir Khan. 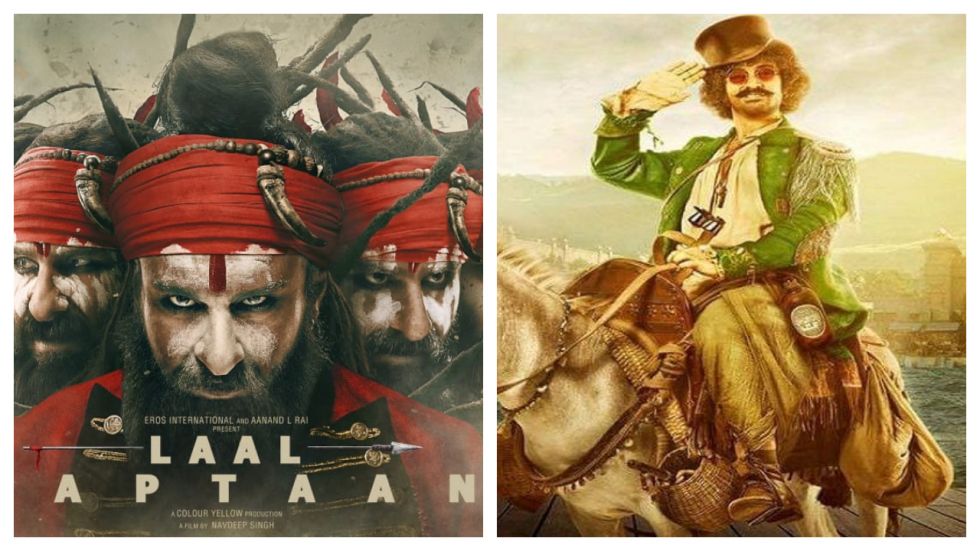 Saif Ali Khan’s newest avatar as the all-raging Naga Sadhu in Laal Kaptaan may found a fan in Aamir Khan. Praising Saif’ newest work, Aamir Khan shared the look of Laal Kaptaan on his Instagram post writing, ‘’Hey guys,
What an awesome trailer. Check it out (link in bio)’’.

Hey guys, What an awesome trailer. Check it out (link in bio)

Set in the pre-independence era, Saif takes on the role of a Naga Sadhu who portrays himself as a ruthless avenger. As for the eerie similarity of Saif’s look with Johnny’s Depp’s Pirates Of the Caribbean look Darshan Yewalekar, who is behind Saif’s vagabond look however calls it a ‘mere coincidence’.

‘’There were a few places where he had to wear a bandana and on the set, we felt it may be close to Johnny Depp’s look. It’s a mere coincidence that the look is similar. But in today’s age even if I design something authentic, it will be found replicated with Hollywood or French cinema. Maybe Depp picked it up from naga sadhu because it goes well with his character brief — pirates also sport long hair and don’t shave! Honestly, when you see Laal Kaptaan, you’ll see he is a naga sadhu. Only because he has dreadlocks is he being compared to the Pirates of the Caribbean star,” said Darshan.