After replacing Shraddha Kapoor with Parineeti Chopra they have almost finalized the actor who will be essaying the role of the ace shuttler's coach in the film.

Makers of Saina Nehwal biopic is yet to complete casting for the ambitious sports film. After replacing Shraddha Kapoor with Parineeti Chopra they have almost finalized the actor who will be essaying the role of the ace shuttler's coach in the film.

Mumbai Mirror recently reported that the makers have roped in Manav Kaul who shot to fame with Tumhari Sulu to play Saina's coach and will draw inspiration from all the coaches that have play a significant role in making her what she is today.

According to th source, "Amole and his team felt that Manav would suit the role. He has begun prep and the research for his role. The film is expected to go on the floors in October" the source added.

Saina has trained under several coaches that includes Pullela Gopichand during which she brought home Olympics gold medal and then under former national champion, Vimal who led her to the World No.1 ranking, two World Championship medals and other Superseries and Grand Prix titles.Kumar. She reunited with her old coach Gopichand in 2017.

Manav Kaul who started his career in Bollywood with Jajantaram Mamantaram was last seen as the lead of the remake of 1980's film, Albert Pinto Ko gussa Kyu Aata Hai? and as Jimmy Punjabi in Amitabh Bacchan-Taapsee Pannu starrer Badla.

The biopic, titled Saina, is directed by Amol Gupte, who has helmed movies such as Stanley Ka Dabba and Hawa Hawaai. The film went on floors in September last year. 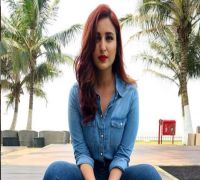 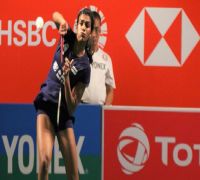