Legendary screenwriter Salim Khan, actors Rishi Kapoor and Satish Shah are some of the renowned Bollywood figures to pay tributes to veteran actor Viju Khote, who passed away Monday at the age of 77. 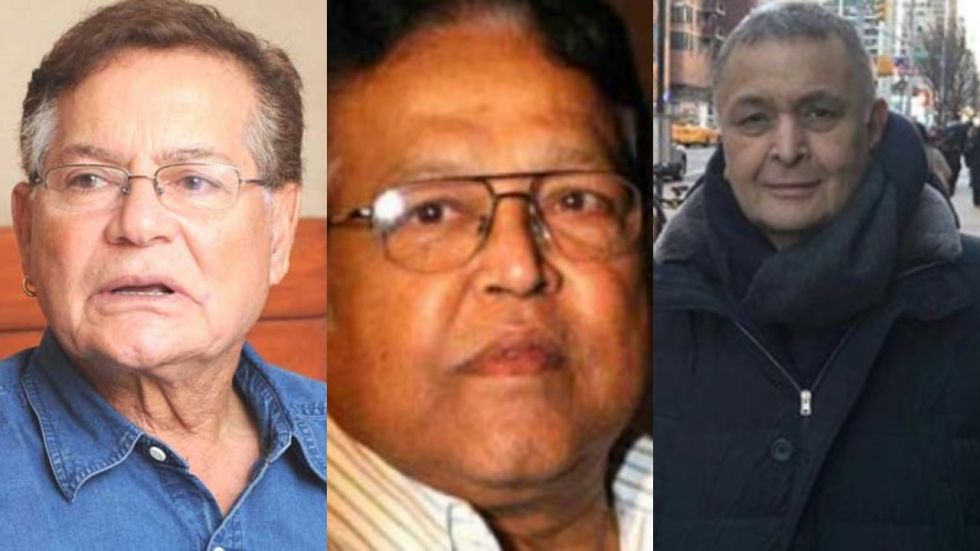 Legendary screenwriter Salim Khan, actors Rishi Kapoor and Satish Shah are some of the renowned Bollywood figures to pay tributes to veteran actor Viju Khote, who passed away Monday at the age of 77.  Khote was most famous for playing the loyal dacoit, Kalia in "Sholay" and dim goon Robert in "Andaz Apna Apna". The actor died in his sleep at his residence due to multiple organ failure.

"He passed away today at 6.55 am peacefully in his sleep at the residence. He has been unwell for quite some time. He had multiple organ failure," actor Bhavana Balsavar, his niece, told PTI. As "Sholay" writers, Khan and Javed Akhtar gave Khote his career-defining dialogue "Sardar, maine aapka namak khaya hai", remembered the actor as a "lovely person".  "It is very sad to hear about his death.

We all have to face this some day. It feels great that the dialogue is still remembered," Khan told PTI. Filmmaker Zoya Akhtar, daughter of Javed Akhtar, said Khote's face is etched in the minds of cinema goers.

"He has been around, I've seen him in films since I was a child. He has been a part of 'Sholay', he is a face that has been on everyone's consciousness, whoever watches Indian cinema. We hope he rests in peace," she told reporters on the sidelines of Jio MAMI 21st Mumbai Film Festival with Star. Satish Shah, Suniel Shetty, Madhuri Dixit Nene, Rekha Bhardwaj among others took to social media to remember Khote.

"A dear friend and a veteran actor Viju Khote passed on today. May you rest in eternal peace," Shah wrote on Twitter. Kapoor, who co-starred with Khote in films like "Karz", remembered his "dear friend".

"Though much elder, we used to bike together along with sister Shobha Khote ji, when I was young. Passionate and well informed about American films. We will miss you. Viju kutte aahe? ('Where is Viju?')" he said. "Sad to hear about the demise of #VijuKhote Ji. May his soul rest in peace," tweeted Nene. Actor Ajay Devgn called Khote an "institution" in himself.  "His large body of work will always be remembered.

I'm fortunate to have worked with him on quite a few films. RIP Sir. My heartfelt condolences to the family," Devgn added. "#VijuKhote ji, rest in love! You had so much of it to give. My condolences to his family," Abhishek Bachchan said. "Darling colleague Viju Khote is no more. Hilarious on stage, iconic on screen and a darling of a human being in real life. Such a loving and humble soul.

Will miss you Bawa," tweeted Boman Irani.  Filmmaker Nila Madhab Panda said be it Kalia or Robert, the actor always made the audience laugh. "... it's truly magical what you have done today a huge void has been created in the #IndianFilmIndustry.

We will never forget you #VijuKhote," Panda tweeted. Khote starred in around 300 films in his over five decade-long career in both Hindi and Marathi cinema, such as National Award-winning Marathi film "Ventilator" (2016), "Garam Masala", "Pukar", "Mela", "China Gate", "Qayamat Se Qayamat Tak", among others.