Shah Rukh Khan turned a year older today and like every year, fans gathered outside Mannat to wish him on his 54th birthday. 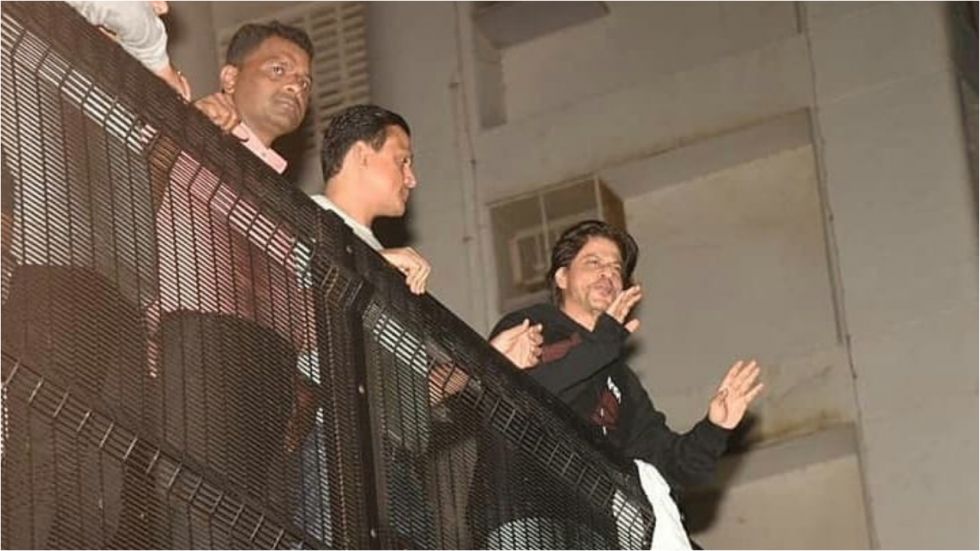 Shah Rukh Khan turned a year older today and like every year, fans gathered outside Mannat to wish him on his 54th birthday. The actor also came out and greeted them from his balcony and also waved at them. SRK was dressed up in a black hoodie which he teamed up with blue jeans and white sneakers.

Talking about birthday celebration, SRK's wife Gauri Khan had earlier said that the actor will be celebrating his birthday by spending time with his family.

Check out the pictures below:

Meanwhile, on the work front, the actor was on a break for almost a year. He was last seen in Aanand L Rai's Zero which released in December 2018.

Justifying his break, Shah Rukh had earlier told Filmfare in an interview, ''I have no film with me right now. I am not working on any film. Usually what happens is when your one film is coming to an end, you begin work on your next film and I get involved within 3-4 months. But this time I am just not feeling like...My heart doesn’t allow me to..I just felt that I should rather take time out, watch films, listen to stories and read more books. Even my kids are in their college stage...my daughter is going to college and my son is about to finish his studies. So I just want to spend more time with my family.''

As per the latest reports, the actor will soon start shooting for his next titled Sanki with Tamil filmmaker Atlee. Earlier, during a press meet for Bigil, filmmaker Harish Shankar had confirmed the news about Atlee’s next with SRK. “Atlee sir is going to direct King Khan, SRK. Being a huge fan of SRK, I’m waiting for this combo so that I can also come to that function and see SRK. I’m a huge fan of King Khan. All the best for all your ventures,” Harish had said.

Meanwhile, SRK recently featured in a special episode of David Letterman’s My Next Guest on Netflix that took the internet by storm reviving his star power once and for all.