Shah Rukh Khan recently bared his heart out in the David Letterman show that is streaming in Netflix now. 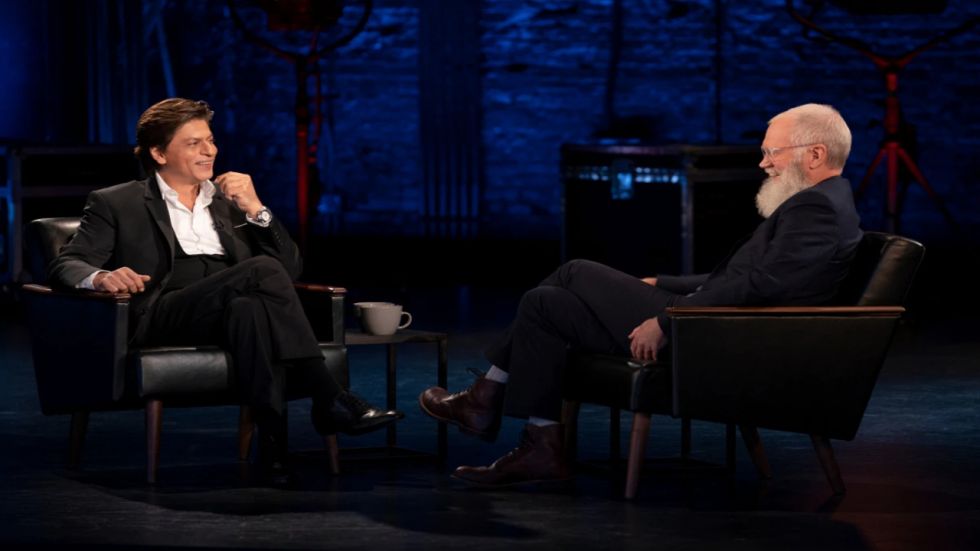 SRK Recalls Incident When He Was Jailed After Fight With Magazine Editor (Photo Credit : Instagram )

Shah Rukh Khan recently bared his heart out in the David Letterman show that is streaming in Netflix now. Amidst several forgotten controversies that the show host explored again on the show one was the report of Shah Rukh getting into a heated argument with the editor of a magazine.

In his recent interview with David Letterman, Shah Rukh was asked about this very incident. "You were in a film. forgive me if I don’t recall the name. And the director was directing his wife with you in a scene where there was perhaps going to be intimacy. And the rumour printed in the magazine was that he said, ‘Why don’t the two of you spend the night, get to know...you kids get to know one another and them tomorrow we’ll shoot the film.’ And this was insulting, clearly, to you and to the man’s wife", said David.

And as soon as Letterman dug out the controversial incident, Shah Rukh continued to elaborate, "I got disturbed with it. And I was new. So I used to react to every news item as you know, whatever appeared. And thankfully, there was no social media back then. Just the magazines and stuff. I got very angry and I called up the editor and I said, ‘You wrote this.’ He said ‘But listen can you just take it...it’s just a joke.’ So I said ‘I don’t find it funny’. So I went down to the office and I misbehaved a lot and...” Shah Rukh said he screamed and threatened to hit people.

Recalling how that incident lead him being jailed for day, he said, “I was shooting for a day and the cops came and they sat down very sweetly and they said, ‘We have a few questions to ask you." When Shah Rukh arrived in the jail, the place was so filthy that he pleaded to the cops to let him go and he won’t do it ever again. “It was a small little prison. With all, you know, human faeces...it was really bad", he said

Shah Rukh then called the same editor who complained against him from the one call he was allowed to make, at the police station and then went to the editor’s house at night after he was let out on bail that evening.

Khan said he had become calmer in recent years and wouldn’t behave the same way now.

Wish Shahrukh Khan’s recent movies were as good as his interviews. Absolutely in awe the way speaks and the command he has over the language. #SRKLettermanShow #SRKwithLettermanOnNetfilx

The wittiest celebrity ever. He just left Letterman clueless and dumb at times.#SRKOnLettermanShow #SRKwithLettermanOnNetfilx pic.twitter.com/cLxAekzU22

@iamsrk in @NetflixIndia show with #SRKwithLettermanOnNetfilx is so entertaining and full of wit. "Employee of the myth of Shahrukh Khan". Only he can pull it off like that