Kangana Ranaut and Sonam Kapoor were photographed together for the first time after their ugly spat that took place during the #MeToo movement. 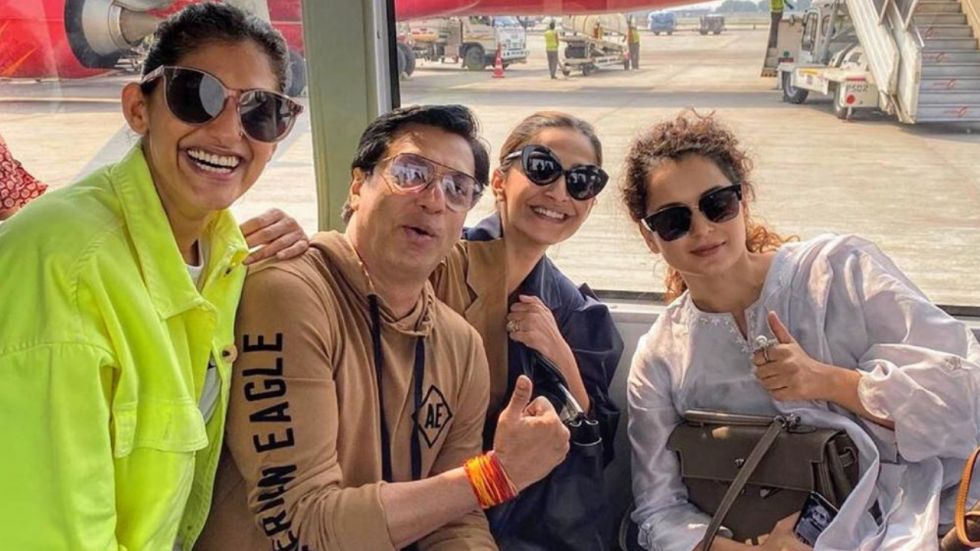 Actors Kangana Ranaut and Sonam Kapoor were photographed together for the first time after their ugly spat that took place during the #MeToo movement. Shared by actor Kubbra Sait, the photo shows Kangana and Sonam smiling as they posed for the cameras. She captioned the post saying, ''Blossom, Bubbles and Buttercup with Charlie. #ThisPhotoIsTooCoolToBeNot Posted #UCantSpotMeSoITaggedMe.''

In 2018, the two actors had a verbal spat in the wake of the #MeToo movement. At a summit event, Sonam lauded actor Tanushree Dutta for leading the movement, and for sharing her story. But asked about Kangana’s #MeToo story, Sonam had said, “I think Kangana wrote something. Kangana is obviously Kangana Ranaut. She says a lot of stuff and sometimes it’s hard to take her seriously. I love the fact that she has spunk and she says what she believes. I really respect her for that. I don’t know him, I don’t know the situation. If what is written what is written is true, then it’s disgusting and awful. If it’s true, then they should be punished for it.”

Responding to Sonam’s statement, Kangana said in an interview to Pinkvilla, “What does she mean by saying, ‘it’s hard to believe Kangana’? When I am sharing my Me Too story, who gives her a right to judge me? So, Sonam Kapoor has the license of trusting some women and some she won’t. What makes her so unsure of my claims? I am known to be an articulate person and I have represented my country in many international summits. I am called as a thought and youth influencer to these summits, I am not known because of my dad I have earned my place and credibility after struggling for a decade.”

Sonam had later said that she was misquoted. “Women need to stand together! irresponsible media have misquoted me or taken my quote out of context and made other women react. All I want to say is that all I have is compassion and love for you. I’m proud of where I come from and so should every other woman or man. Let’s stand together and speak up. Let’s not pull each other down with bitterness and negativity. Love is always the answer,’’ she had said.

On the work front, Kangana will be seen in Panga with Jassie Gill, Neena Gupta and Richa Chaddha. Sonam was last seen in The Zoya Factor along with Dulquer Salmaan.