Tahira Kashyap, revealed that initially, she was insecure about her husband Ayushmann Khurrana's make-out scenes in films. 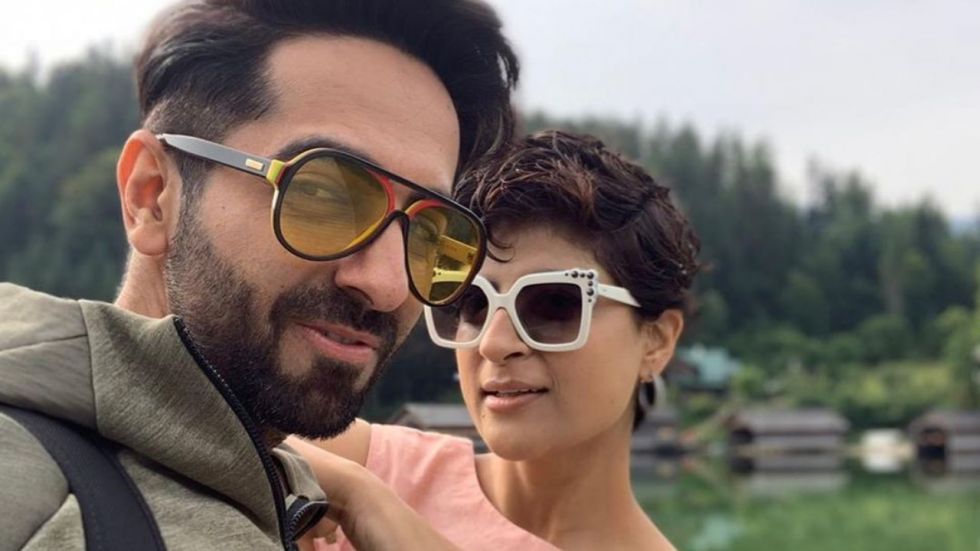 Ayushmann Khuranna is having a great un at the box office. With recent successes Starting wth Andhadhun Badhaai Ho to the recent Bala, the actor is on cloud nine and so his wife Tahira Kashyap.

The budding filmmaker recently talking about her adjusting with Ayushamnn’s shooting schedule and the need to do intimate scenes in his movies recently in an interview confessed that she used to feel insecure while watching make-out scenes of her husband, but gradually learnt to overcome that feeling

Tahira opened up about various aspects of her life when she appeared in an episode of The Love, Laugh, Live Show. "Yeah, I was insecure earlier but when I was watching the edits of Andhadhun, I told the team that something is missing in the make out scene between Ayushmann and Radhika Apte. That moment I realised about the transformation, from being an insecure wife to analysing the make out scenes," Tahira said while referring to how she felt during the shoot of Vick Donor which too had intimate scenes with Yami Gautam.

Talking about her own identity, she said, "I know Ayushmann for 18 years and I take pride in being called as Ayushmann's wife. As far as my identity is concerned, the world has been really receptive towards the message I have of self-acceptance. People have started to accept me for who I am and my presence, opinion and existence." She also said that Ayushmann is "an introvert and likes to keep calm around 10 people. He doesn't like to talk much as he is a good listener".

Tahira is now all set to make her directorial debut with a film to be produced by Tanuj Garg and Atul Kasbekar.