Tanhaji: The Unsung Warrior trailer released recently, and the movie is already under the scanner of a Marathi outfit named Sambhaji brigade. 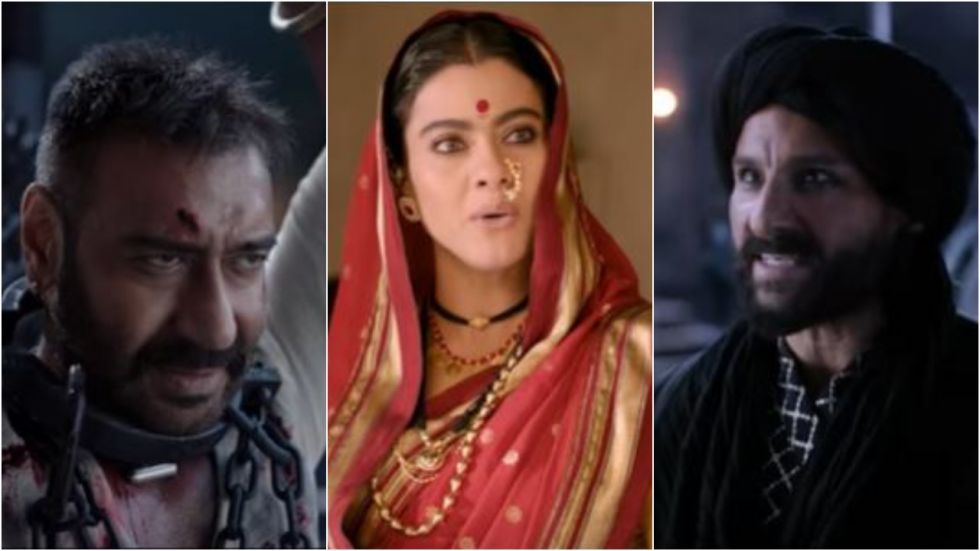 Tanhaji: The Unsung Warrior trailer released recently, and the movie is already under the scanner of a Marathi outfit named Sambhaji brigade.

The organization has picked three major points in the trailer and has written to director Om Raut seeking clarification on them states a report by Mumbai Mirror.

The organization has has asked clarification on certain dialogues of the character of Savitri Malusare essayed by Kajol. They also pinpointed a man throwing a wooden stick at Shivaji Maharaj. They have also alleged that by showing the OM symbol on the saffron Maratha flag, the makers have attempted to erase Chhatrapati Shivaji Maharaj’s secular image and have distorted facts.  As per reports in Mumbai Mirror, the organization was quoted saying, “Movies should be made on historical topics, but we will not tolerate the distortion of historical incidents/facts.”

Bollywood period drama often catch the ire of political outfits alleging that the director takes creative liberty in distorting facts and image of a heroic figure. In the past, Sanjay Leela Bhansali’s magnum opus Padmaavat too had come under the radar, as the filmmaker had taken creative liberty to make it appealing for the audience. This had compelled the makers to alter several scenes in the movie, before it hit the screens.

While Ajay Devgn plays the pivotal role of Tanhaji Malusare, Saif has stepped into the shoes of Udyabhan Rathod.

Set in the 17th century, the biographical film is based on the life of Tanaji Malusare, a military leader in the army of Maratha ruler Chhatrapati Shivaji Maharaj.

Ajay and Kajol are coming together onscreen after a gap of nine years. Their last film was Toonpur Ka Super Hero. Saif and Ajay are set to be seen together in the Om Raut directorial after 12 years. They last collaborated in National Award-winning Omkara, directed by Vishal Bhardwaj.