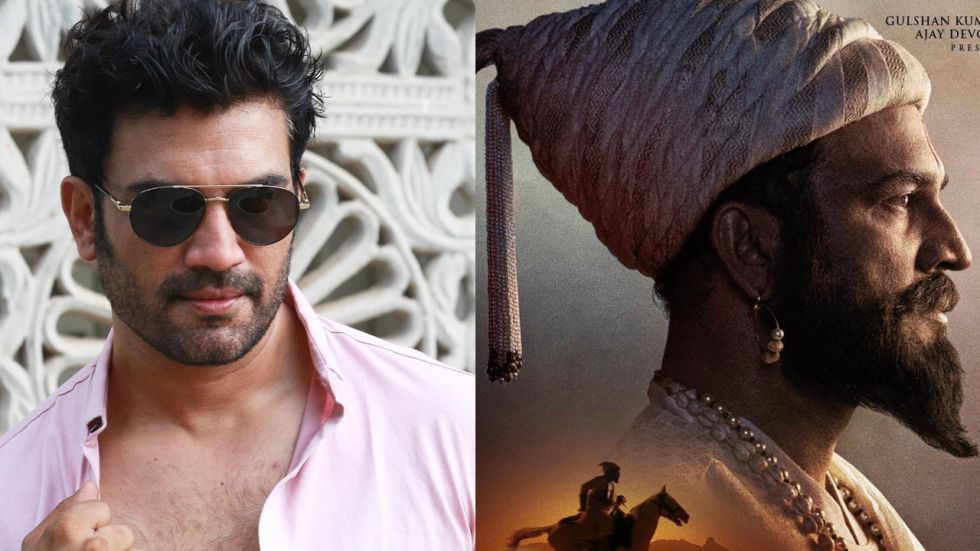 Ajay Devgn’s upcoming movie Tanhaji Trailer took his fans by surprise on his dare-devil warrior avatar.  However, one incident that earned almost the same amount of praise as the trailer is Sharad Kelkar taking back a paparazzi over his referring to the iconic character of Chhatrapati Shivaji as ‘Shivaji.

What happened was, when a journalist asked, “Sharad Kelkar, aap Shivaji ka role play kar rahe hai?” (In translation: Are you playing the role of Shivaji), the actor immediately interrupted and corrected her by saying, “Chhatrapati Shivaji Maharaj.” This act was applauded by everyone in the audience.

Here are some of the reactions:

Okay, now I am definitely going to see the movie #Tanhaji, where the role of Shivaji Maharaj has been played by an actor who understands in whose shoes he is standing! Respect Sharad Kelkar pic.twitter.com/KTUUurs0eF

hats off to you man... can't find word's to appreciate you..Thanks for the reply...as not everyone knows the value of Chatrapati in their live.#SharadKelkar #sharadk7

Khelkar’s response took our memories back a similar kind of incidence that sparked a controversy involving Amitabh Bhachchan as the KBC host. A question on the quiz show aired on Sony TV, refered to Chhatrapati Shivaji Maharaj, as just ‘Shivaji’where as Aurangeb was referred to as Mughal Emperor. This invited the charge that it showed "disrespect" to the 17th century Maratha warrior. Netizens including Maharashtra BJP MLA Nitesh Rane demanded an apology from the entertainment giant for "disrespectful" reference to Shivaji Maharaj. The channel and Big B ater issues an apology statement for the same.

Om Raut’s period drama Tanhaji – The Unsung Warrior also features Kajol and Saif Ali Khan in lead roles. Set in the 17th centuary, the biographical film is based on the life of Tanaji Malusare, a military leader in the army of Maratha ruler Chhatrapati Shivaji Maharaj.