Tara Sutaria on Student Of The Year 2: This has been the best experience

Tara Sutaria will be making her debut with Student Of The Year 2. She said this has been the best experience.

The year 2018 saw the rise of a number of debutants making their mark on the big screen. From star kids like Janhvi Kapoor, Sara Ali Khan, Ishaan Khatter to outside industry debuts including Radhika Madan and Zoya Hussain, the year proved to be a success for everyone. Likewise, in the year 2019, Tara Sutaria will be making her debut with Student Of The Year 2.

The debutant is currently busy promoting ‘Student Of The Year 2′ and while interacting with the media opened up about why she chose this film as her maiden project. The gorgeous actress said, “I would not like my debut to be in any other way than launch with Dharma. This has been the best experience.”

On being asked about her equation with Tiger and Ananya, she said, “We are like sisters in a way…she is really easy. When I used to get emotional or stressed out, she used to help me out. We are similar may be big we are both scorpions. With Tiger I don’t think I can get better than that, he is a perfectionist. And coming from a dance background and being trained for this film. And doing a dance number with Tiger, I just feel lucky.” 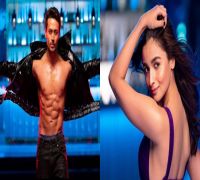 Watch Tiger Shroff flirting with Alia Bhatt for ‘Hook-Up’ song from Student of the Year 2; teaser out now 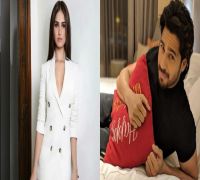 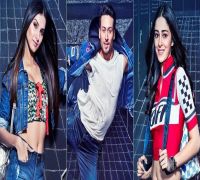 Tiger Shroff calls 'Student of the Year 2' an escapist film, says audience should not put on 'thinking caps’

Importantly, Tara Sutaria comes across as confident and quite chilled out. The actress is very eager to learn and wants to make an impression. ‘Student of the Year 2’ is being directed by Punit Malhotra and will be releasing on May 10. The film also stars Aditya Seal in a pivotal role.

Interestingly, the film is now just days away from its release and the two songs that have released are indeed being received very well by the audiences. The third song of the movie comes out today which is called the HookUp Song and will feature Alia Bhatt shaking a leg with Tiger Shroff and the teaser of the track has had everyone excited to witness the infectious chemistry of Tiger and Alia.