When Meghna Gulzar's Raazi released, Vicky Kaushal ruled heart even by potraying a Pakistani man in uniform and then came Uri: The Surgical Strike that catapulated his success and made him the ultimate choice for enacting any army personnel's role on silver screen.

If two movies were not enough, the versatile actor is back yet with another role that will ignite hardcore patriotic sentiments in you. Now, the 31-year-old actor has bagged another Meghna Gulzar film on the life of Field Marshal Sam Manekshaw.

Kaushal's first look and announcement of the movie was made on the death anniversary of the soldier. Vicky Kaushal took to Instagram to share his look from the film. The actor wrote, "I feel honoured, emotional and proud of getting a chance to unfold the journey of this fearless patriot, the swashbuckling general, the first Field Marshal of India- SAM MANEKSHAW. Remembering him on his death anniversary today and embracing the new beginnings with @meghnagulzar and #RonnieScrewvala"

I feel honoured, emotional and proud of getting a chance to unfold the journey of this fearless patriot, the swashbuckling general, the first Field Marshal of India- SAM MANEKSHAW. Remembering him on his death anniversary today and embracing the new beginnings with @meghnagulzar and #RonnieScrewvala. @rsvpmovies

Sam Hormusji Framji Jamshedji Manekshaw known as Sam Bahadur, the greatest military commander of India died today in 2008. His military career spanned over four decades and has fought in five major wars. Sam Bahadur started his service with the British Indian Army during World War II. It was under his leadership that India won the war that led to the creation of Bangladesh under his leadership. Manekshaw joined the first intake of the Indian Military Academy, Dehradun in 1932. He was commissioned into the 2nd Battalion, Royal Scots, and later posted to the 4th Battalion, 12th Frontier Force Regiment. In World War II, he was awarded the Military Cross for gallantry.

Sam Manekshaw guaranteed Indira Gandhi’s victory in the 1971 War if she allowed him to handle the conflict on his own terms, and set a date for it; Indira agreed.

In an interview with a newspaper daily, Maghna revealed the movie will not be a biopic, it will be an interesting narrative of the most crucial, iconic and relevant incidents of his life, giving a view of the soldier, the man, and the Field Marshal.

Meghna who recently wrapped the shoot for Chhapaak informed that the shot for the movie will start in 2021. 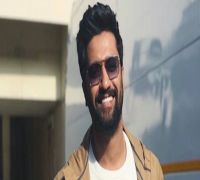 Vicky Kaushal’s Udham Singh biopic to release on THIS date 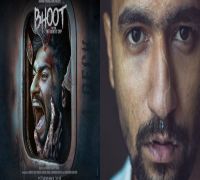 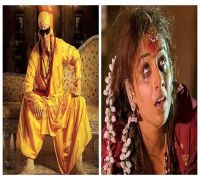 Bhool Bhulaiyaa 2 in making; Here's who can step in Akshay Kumar's shoes