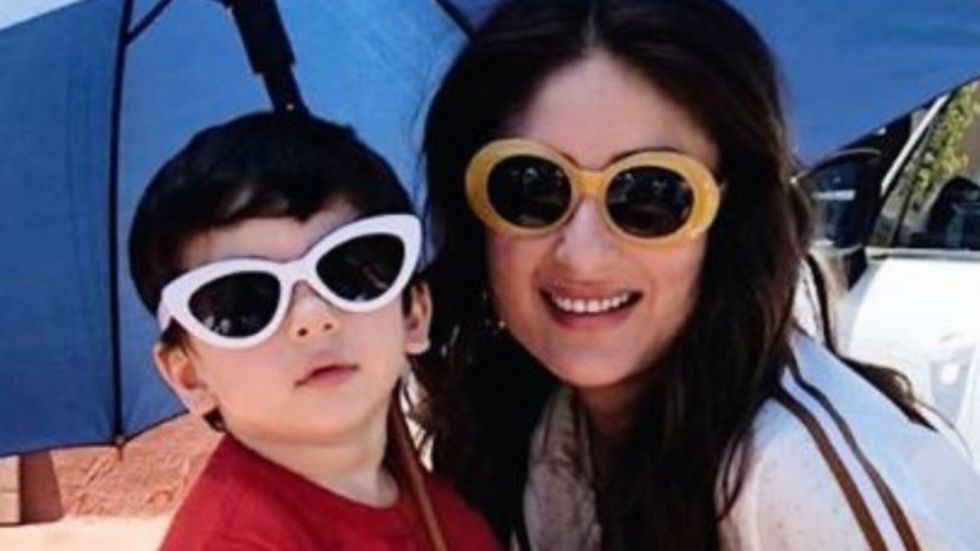 Taimur Tells Paps ‘Excuse Me’ As They Block His Way. (Photo Credit : Twitter )

Saif Ali Khan and Kareena Kapoor Khan’s son Taimur is a star already. Every time he steps out of his house along with his nanny or either of the parent, he is snapped by the paparazzi present there. Not only the stationed paparazzi wait for Taimur’s glimpse but the people around the street stop by whenever he comes out.

Today, Taimur stepped out to attend Esha Deol and Bharat Takhtani’s daughter Radhya’s second birthday party. We got our hands on a video where Taimur can be seen walking past the paparazzi and politely making his way out of the birthday party. In the video, he is heard saying ''Excuse Me'' as the paparazzi clicked his pictures while blocking his way.

Check out the video here:

In a recent interview to Pinkvilla, Saif Ali Khan talked about all the paparazzi frenzy around her kid, Taimur and said, "I believe I am well within my right as a father to choose to not pose for the cameras when I have my son with me or to inform the photographers that the constant flashes can hurt his eyes. As media figures, we have to live with the attention and we accept that. But our kids shouldn't be subjected to it."

In another interview, Kareena had said, ''I hate it, but what can we do but ignore it? We (She and husband Saif Ali Khan) both believe that children are a product of their parents and their surroundings, and at home we plan to keep it as normal as possible. That will be his foundation.''

Meanwhile, on the work front, Kareena Kapoor Khan will be seen in Good News. She reunites with her Kambakkht Ishq co-star Akshay Kumar and Udta Punjab actor Diljit Dosanjh for this film. The film also stars Kiara Advani in a prominent role. There are also reports suggesting Bebo will be making a special appearance in her husband Saif Ali Khan's next, Jawaani Jaaneman.

The actress will be seen playing Saif's ex-girlfriend/wife in the film directed by Nitin Kakkar. She also has Karan Johar’s period drama, Takht in her kitty. The movie also stars Anil Kapoor, Ranveer Singh, Alia Bhatt, Janhvi Kapoor and Bhumi Pednekar. Written by Sumit Roy, the film will be released in 2020.