Women artistes were at the forefront at the 21st Jio MAMI Mumbai Film festival with "Moothon", "Bombay Rose" and "Ramprasad Ki Tehrvi", all by female directors, emerging as some of the most talked about titles. 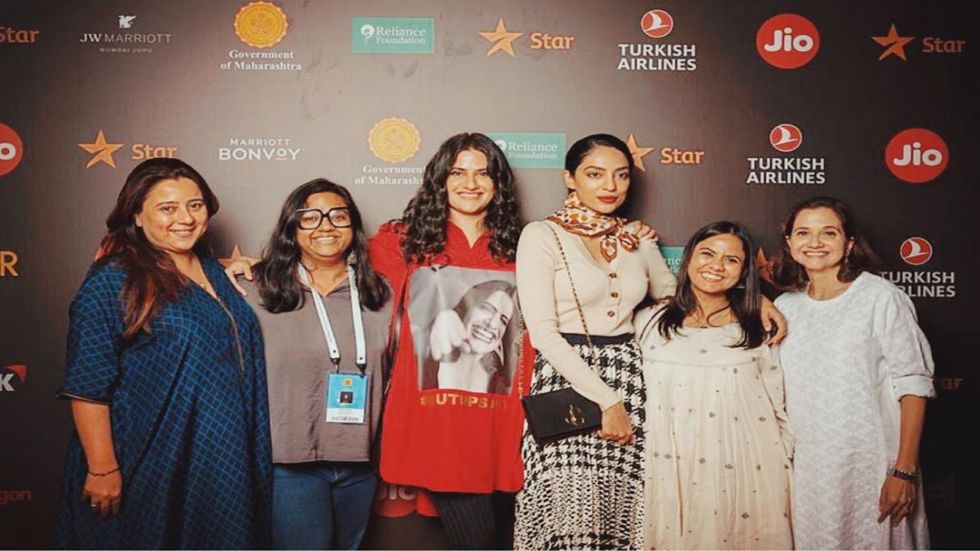 Women artistes were at the forefront at the 21st Jio MAMI Mumbai Film festival with "Moothon", "Bombay Rose" and "Ramprasad Ki Tehrvi", all by female directors, emerging as some of the most talked about titles.

Smriti Kiran, artistic director of MAMI, said while "gender inclusion" is always high on their agenda, but not a single film made the cut without merit. Kiran said female artistes want an "even playing field" not "charity". "The women programmed at the festival this year have earned their place at the festival. We are mindful of gender inclusion and we consciously seek out narratives by women and around women but we would never programme anything just to increase our representation numbers.

"Women don't need charity. They want an even playing field and equal opportunity. The women fighting the good fight for equality are not looking for favours," Kiran told PTI. She believes one should not underestimate the audience when it comes to their choice and taste for films. "We are also the audience and hence we know that you don't like just one thing, I like 50 different things. The problem is in compartmentalising audience tastes. You are making assumptions which I think is lazy and a critical mistake.

"We can't assume that a person who enjoys 'War' is not going to enjoy 'Ramprasad ki Tehrvi'. The problem is that the person doesn't know that 'Ramprasad ki Tehrvi' or 'Cargo' exist," Kiran said. Mohandas is hopeful that more women artistes will come forward in the future. "It is nice to see women power but after a point it is about content, about the film and not the gender.

"Any time we have had women perspective be it any form of art, it is always different. Don't we need that? When those different voices are celebrated, then it becomes a success. We have always seen a mixed bag. The fact that Moothon' is the opening film at MAMI and the closing film (Saand Ki Aankh') is a women narrative because it is content-driven and it is chosen because of that. It inspires other filmmakers. It is time the change happens." Pahwa said she was happy to see women utilising the opportunities at MAMI with great movies.

"It shows our industry has changed a lot, earlier we hardly had female directors. Today, more women are motivated to tell their stories. Women have equal status in the society and they are utilising the opportunity wisely and correctly in cinema as well," Pahwa said.