Game of Thrones Season Finale teaser out! Danaerys, Arya, Tyrion marches on ruins but where is Jon Snow

Arya approaches a crowd of Dothraki and Unsullied soldiers who appear to be gathered around something.

HBO dropped the trailer for the final episode of season 8 — also the series finale.

In what is possibly the shortest preview so far, it teased almost nothing of what is in store for Danerys Targarean walking on the aftermath of her final war.

Tyrion walks through a ruined King’s Landing while fires smolder nearby and ashes fall nearby. Arya approaches a crowd of Dothraki and Unsullied soldiers who appear to be gathered around something.

A group of Dothraki raise their scimitars and voice to show approval, and Daenerys looks over what’s left of her new kingdom, pile of dead bodies and ruins barbequed by her drogon Notably, those who remained in the North were absent from the trailer.

But, with so many King’s Landing players out for the count — and it being the last episode ever — Sansa and Bran are sure to make a reappearance.

But the pertinent question is what is Arya scheming? Will Tyrion side her? Where is Jon snow? 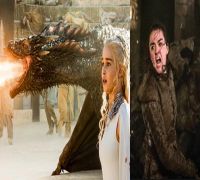 Game of Thrones Ep 5 S-8: Worst of Danyerys has been unleashed, is Mad Queen on Arya's kill list now? 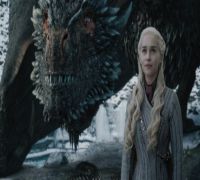 Game of Thrones Season 8: Fan theory suggests Danerys will turn to dragon and here are proofs 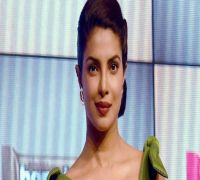 ‘Game of Thrones’ is a family affair for Priyanka Chopra