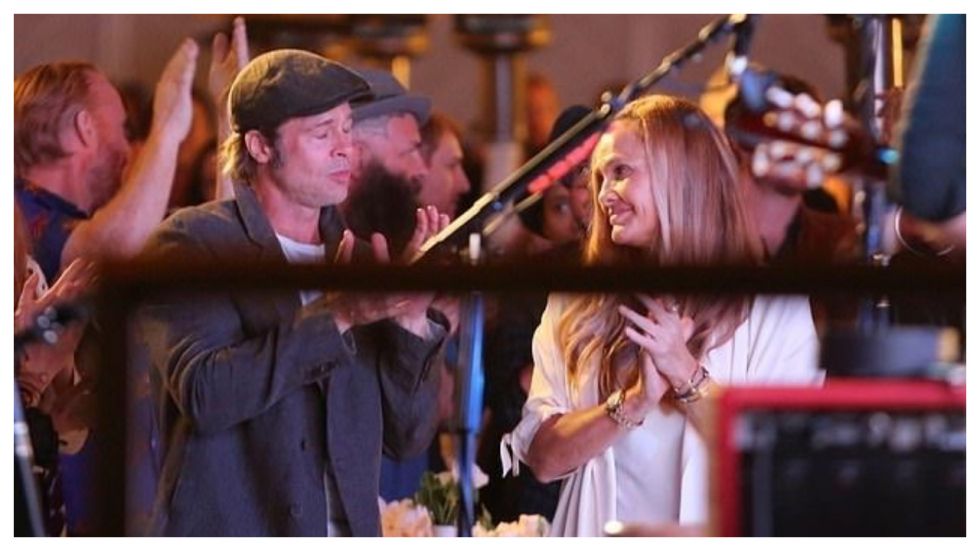 Ever since Brad Pitt and Sat Hari Khalsa was spotted last year at the Red Hot Chili Pepper Annual Benefit Gala, speculations about their relationship have not stopped following the two. The rumour further heightened when the Ad Astra star was seen leaving the after-party of the James Gray movie attended by his rumored flame, jewelry designer and spiritual healer Sat Hari Khalsa. So, is there any depth of truth to the rumours?  No! The 55-year-old hunk is not dating the spiritual healer and jewelry designer rather a source of E! News put an end to all the rumours stating that any romance between the two is "entirely false."

They are simply friends the source told the television show. "She was with another girlfriend and was talking to Brad," a second inside shared with E!. "But, at no point during the party did there appear to be an obvious PDA or any indication that they were romantic."

"Brad didn't really talk to her much, he was talking to different groups of people," continued the source. "It was just friendly and not romantic’’ the source clarified.

Ever since Brad and Jolie’s split, there have been various reports even suggesting that Pitt is getting back with former wife Jennifer Aniston after they duo was captured together in Rome.

Pitt, meanwhile opening up on divorce from Angelina Jolie said,

"I would be exploring it whether there was a script that allowed that or not. A breakup of a family is certainly an eye-opener that as one — and I’m speaking in general again — but as one needs to understand, I had to understand my own culpability in that, and what can I do better. I don’t want to go on like this."