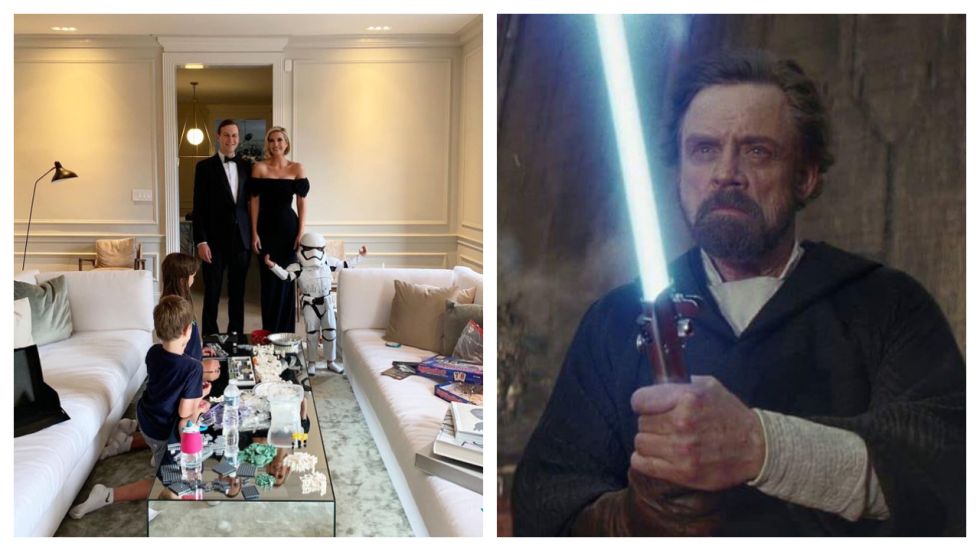 The roast-force is strong with Luke Skywalker actor Mark Hamill. Using no filter, the Star War star roasted Ivanka Trump on her latest family photo that included a mini Stormtrooper from the “Star Wars” films with the caption, ‘The Force Is Strong In My Family’. For Ivanka however, Hamill wasn’t really a fan of the Trump family photo who replied to Ivanka’s picture with “You misspelled ‘fraud,’” while adding the hashtag #GoForceYourself’’, Yikes!

Following Hamill’s comment, others were quick to point out that Stormtroopers fought on the dark side in the “Star Wars” trilogy, having worked for the Galactic Empire and Darth Vader. ‘’The stormtroopers are the bad guys’’ a user commented.

Talking about Hollywood stars calling out the Trump family recently Hollywood veteran Robert De Niro speaking at the New York premiere for the Netflix film "The Irishman" called the POTUS a person with "no ethics and morals". "I hope he gets impeached, it has to be followed through. He's such a low life... He taints everybody around him. There's a very few that have escaped it. I'm amazed that so many people have not stood up to him. Some have quit.

"It's disgraceful with this guy. He has no centre, no ethics, no morals. He's amoral, immoral. And the people around him... not good," De Niro added.