She added that Ranu’s 'imitation' might get her fame for a while but that is not going to last forever. However, the singing legend’s views on Ranu Mondal’s singing didn’t go down well with many. Now, Himesh Reshammiya has opened up on the same and has said that people have misunderstood Lata Mangeshkar's views on Ranu Mondal.

"I feel we have to see in which connotation Lata ji has made that statement. I feel when you start copying another singer then it doesn't work that well. But I also feel that taking an inspiration from someone else is really important," said Himesh, during the launch of a new song on Wednesday.

Himesh added: "Kumar Sanu always tells that he is inspired by Kishore Kumar. Similarly, we all are inspired by people in some way or the other. When I started singing songs in high pitch then people criticised me, terming it as nasal singing. But if you look at the international scene, it has become a common trait." 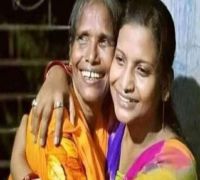 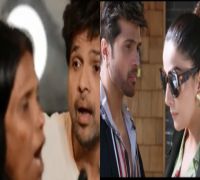 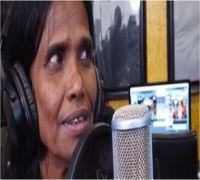 Ranu Mondal REACTS To Daughter's Claim That Her Manager Is Misusing Her Money; Says, 'I Think Someone Is Provoking Her'

Himesh and Ranu were interacting with the media at the launch of a new song from the upcoming film Happy Hardy And Heer. The song is titled Teri meri kahaani, and is sung by Ranu.

Praising Ranu, Himesh said, "I feel Ranu ji is born with certain kind of talent and she has been inspired by Lata ji. I don't feel anybody can become a legend like Lata ji. She is the best. Ranu ji has started her own beautiful journey and I feel that people misunderstood Lata ji's statement. I feel she told Ranu ji that it's good to get inspired but you shouldn't copy anyone's voice and I don't feel that Ranu ji has copied anyone's voice."

Himesh Reshammiya is returning to the big screen with a double role in the film Happy Hardy And Heer. In the film, Himesh plays Harpreet Singh Lamba a.k.a. Happy, who travels to Europe from Punjab with his lady love Heer, and Harshvardhan Bhatt a.k.a Hardy, a rich Gujarati businessman who completes the love triangle.

(With inputs from IANS)