The 50th year of the International Film Festival kick-started today on the shores of the Mandovi river in picturesque Goa. 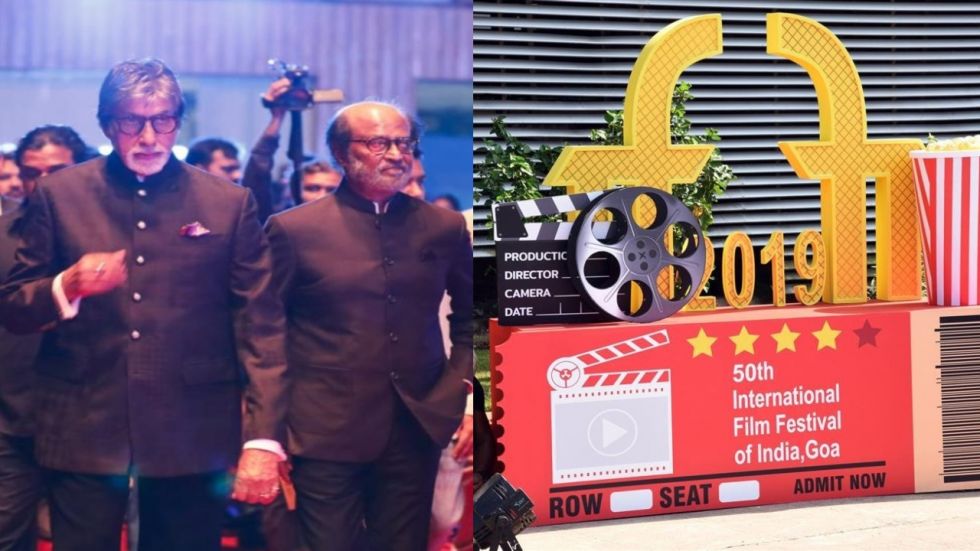 The 50th year of the International Film Festival kick-started today on the shores of the Mandovi river in picturesque Goa. The 10-day colourful event dedicated to world and quality cinema.

The event that will see the attendance of 9,000 delegates and is being hosted by filmmaker Karan Johar and has witnessed the presence of the Stalwarts of Indian Cinema Rajinikanth and Amitabh Bachchan together at the red carpet of IFFI after their appearance in 2014.

#IFFI50 LIVE
The Stalwarts of Indian Cinema, @SrBachchan & @rajinikanth are back together at the @IFFIGoa Red Carpet again, after their appearance at IFFI 2014. #IFFI2019 #AmitabhBachchan #Rajinikanth pic.twitter.com/e29TtPudna

“Talking about the festival, Amitabh said coming back to Goa was a nostalgic experience for him. “I shot my first film in Goa so coming back to Goa has always been nostalgic,” he said. “Films have always been an integral part of our life and to have a festival of this magnitude helps the people of Goa to be exposed to what happens in the international world. And also gives us an opportunity to meet and mix with people. It’s a great honour and I am happy to be here,” he added.

We're excited to welcome back @karanjohar to #IFFI50, who's all ready to host this star-studded evening. #IFFIGoldenJubilee #IFFI #IFFI2019 pic.twitter.com/KQ5Wa5daDK

Information and Broadcasting Minister Prakash Javdekar present at the event said that IFFi is Índia’s soft power’. The opening day will also see the screening of Italian Film ‘Despite the Fog’ directed by Goran Paskaljevic.

IFFI is scheduled to screen over 200 films from 76 countries, including 26 feature films and 15 non-feature films as part of Indian Panorama.