Director opined, the other actress from the film, Noorin Shereef was much more deserving than Priya to play lead

Priya Prakash Varrier brought the entire nation to a standstill with her stellar wink and became an internet sensation overnight. The actress became so popular with her 'wink and fire gun' kiss that her debut movie Oru Adaar Love got a grand opening and her follower strength on social media platforms challenged the fan base of other reputed celebrities.

While the film received a mixed response, director Omar Lulu has now made some shocking revelations. You will be surprised to know that Priya was not the chosen female lead but her wink act changed the plot and made her bag the lead role.

After Priya rose to fame with her wink in 'Manikya Malaraya Poovi' song, producer Ousepachan Vaalakuzhy forced the director to rework on the script. In an interview to a Malayalam channel, Omar Lulu said, "When the song (Manikya Malaraya Poovi) became a huge hit, I insisted the producer that the film should be made with good quality. At this moment, producers of both the Malayalam and Telugu versions asked me to make the movie with Priya Prakash in the lead. Earlier, the theme of the movie was very different. Initial storyline of the movie was about a young couple who gets murdered. But things did not work, as producers asked me to make a movie in a different manner by highlighting Priya."

During the same interview, the director also revealed that another actress from the film, Noorin Shereef was much more deserving and a better performer than Priya Varrier.

Oru Adaar Love's Telugu version Lovers Dau was released on February 14, 2019, on the occasion of Valentine's Day.
Meanwhile, Priya is all set for her Bollywood debut with ‘Sridevi Bungalow' which also stars Priyanshu Chatterjee who was last seen in Baadshaho. 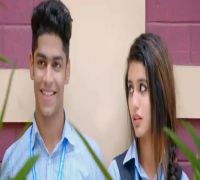 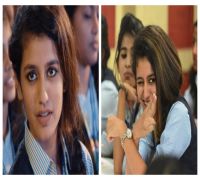 What? Wink girl, Priya Prakash Varrier claims she had to be kept under house arrest after her video went viral 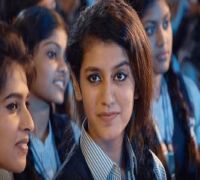 Priya Prakash Varrier does it again, her liplock scene is breaking the internet