Prince Narula opened up for the first time about his brother Rupesg Narula’s death.

A few days ago, it was reported that Bigg Boss 9 winner Prince Narula’s cousin Rupesh Narula had died in Canada. Rupesh who was fondly called Ruby, died while celebrating Canada Day at Bluffers Park Beach at Scarborough, Toronto, on 1 July. Unfortunately, Rupesh didn’t know how to swim and was apparently washed away by the strong currents.

It was said that Prince broke down on the sets of Nach Baliye 9. He was shooting for the show with his wife Yuvika Chaudhary when he received the news about his brother’s sudden passing away.

In an interview with SpotboyE, he opened up for the first time about his brother’s death and said, ''Rupesh had settled in the US. Uski shaadi sirf doh mahine pehle hui thi. He was only 25. Bhabhi was staying with us and her visa etc was being arranged. She would have joined him soon…''

When asked about what had happened, he replied, ''Bhai was staying with a family in Toronto and they had ventured to a beach spot on Monday. That family went back home after some time, but Rupesh stayed back on the beach with a friend.''

He continued, ''The friend also left the beach to pull the car out from the parking lot and Rupesh told him ‘tu chal, main bas aata hoon’.'' 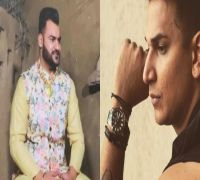 After which, his brother’s friend heard a loud commotion. He returned, but after searching for his brother for 20 minutes, he found out that he had drowned. Talking about that friend he said, ''He is perplexed. He says he has no clue how Rupesh went back inside and got drowned, Paani bhi bahut jyaada nahin tha. And after that, it was only him who did everything of taking my brother to the hospital.''

When asked if Rupesh was suffering from depression, he said, ''Not at all. He was a very happy guy, just married. He was the apple of our eyes.'' Rupesh had got married only three months ago and his wife was supposed to meet him in the month of July.