Bigg Boss 13: Kamaal R Khan Just Proposed To Devoleena Bhattacharjee On Twitter And We Can’t Even… 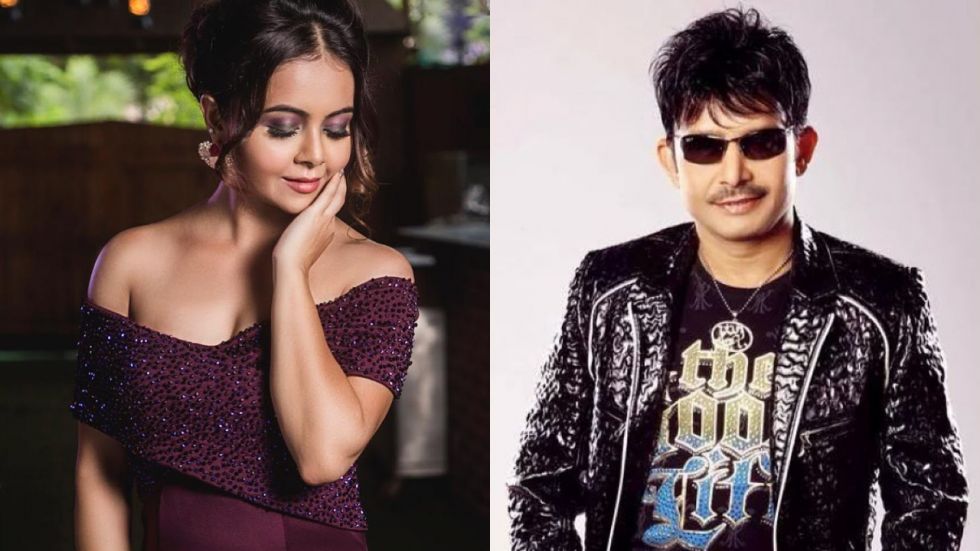 When bahu-turned-babe Devoleena Bhattacharjee got eliminated from the Bigg Boss 13 house, many hearts broke. But the beautiful actress is back in the game for her second innings which is going extremely well. Her new budding chemistry with co-contestant Sidharth Shukla is being loved by one and all. While her fan outside the house have been showering praises on the lady, there’s one celebrity who is mighty impressed by Devoleena and it’s none other than Ek Villain actor Kamal R Khan.

Kamal R Khan recently took to his Twitter account to express his desire to marry the Saath Nibhana Saathiya actress. He tweeted, ''Now #Devoleena is my most favourite in #BigBoss! She is so cute and beautiful that I am ready to marry with her. Love you babe! We Love Devoleena.''

Now #Devoleena is my most favourite in #BigBoss! She is so cute and beautiful that I am ready to marry with her. Love you babe!âÂÂ¤ï¸ÂÂ
We Love Devoleena

Well, Devoleena, are you reading this?

Devoleena has always been vocal about the kind of guy she is looking for marriage. In an interview with the Bombay Times, Devoleena had revealed, “I would love to get married soon, but am looking for someone who is balanced. I am not looking for a workaholic or a Romeo. Life is always about balancing career and personal life.”

Devoleena had created a lot of buzz when she had broken her bahu image and had stormed the internet by sharing some really hot pictures on her Instagram handle. In an interview with Zoomtv.com, the actress had revealed that she desperately wanted to shed her on-screen image. Speaking about the same, she had said, ''It is India's biggest reality show and it is challenging, of course. If image makeover was my plan, I would have done it a long time back. It will also definitely help me get over that image. But I don't want to get over that image completely because I am here only because of that bahu image. I feel that the love and support I get from my family, friends, I don't want to let them down. I am more prepared than last year.''

Meanwhile, Rashami Desai, Arti Singh, Devoleena Bhattacharjee, Kesari Lal Yadav and Sidharth Shukla have been nominated for eviction this week. This time, the housemates had to take names of two contestants who they want to save from nominations. The contestants with the minimum votes got nominated at the end of the process. Since Sidharth Shukla was nominated by Bigg Boss as a punishment, he was not a part of the process.