‘Have No Time For Sex’: Rakhi Sawant Reveals New Love Of Her Life

Rakhi Sawant, the Queen of Controversy, keeps her fans entertained by sharing hilarious videos and posts on her social media pages. 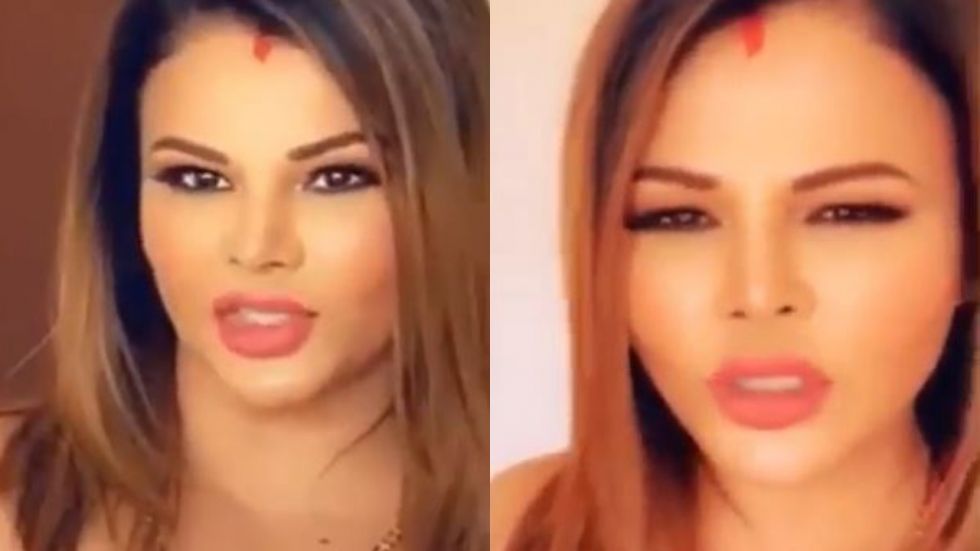 Rakhi Sawant, the Queen of Controversy, keeps her fans entertained by sharing hilarious videos and posts on her social media pages. On Tuesday, Rakhi shared another video on Instagram and revealed the new love of her life with whom she sleeps, she eats and drinks. And well, if you think Rakhi is talking about her husband Riteish, then you are absolutely wrong!

In the video, we can see her gorging about her new love and keeps the fans intrigue till the time she discloses her new lover is Poker. Sawant also revealed that she doesn’t have time for sex as she is busy playing Poker all the time. In the video, Rakhi is seen wearing pink innerwear and flaunting mangalsutra. She captioned the video as, ''Love is in the air…and in my heart! Kon hai mera naya Pyar??? jiske liye dhadke dil baar baar?? Surprise for you…it’s not my hubby!! #RakhiNewLove #NoTimeForSex.''

In August 2019, 'Queen of Controversy' Rakhi Sawant surprised all her fans and followers after she announced her marriage with UK-based businessman Ritesh. She tied the knot on July 28 at a five star hotel in Andheri, Mumbai.

In an earlier interview, Rakhi had announced that she would introduce her husband to the world through Salman Khan's Bigg Boss 13. However, in a recent interview to IB Times, Rakhi revealed that her husband refused to be part of Bigg Boss. "Mere paas saare messages hain ke they want my dates for Bigg Boss, but my husband doesn't want to come in front of Salman Khan, in front of Bigg Boss, in front of media, anywhere. He doesn't want any criticism. He feels media always criticises me and he doesn't want to go through the same thing. He says that you are a strong girl, you can handle all of that but I will not be able to handle any form of judgement or criticism and hence he refused to be a part of Bigg Boss," she said.

"He is a big businessman, he knows that even if one picture of his comes on social media, it would come out everyone, all around the world. He won't be able to travel peacefully, he would not be able to do business properly, he would not be able to have business meetings. He will be known everywhere as Rakhi Sawant's husband. He doesn't want people to know him like that. Unki apni individual identity hai, people should know him for who he is and not who he is married to. I don't want anybody to use his name. I should be known as Ritesh's wife and not vice-versa,’’ Rakhi added.