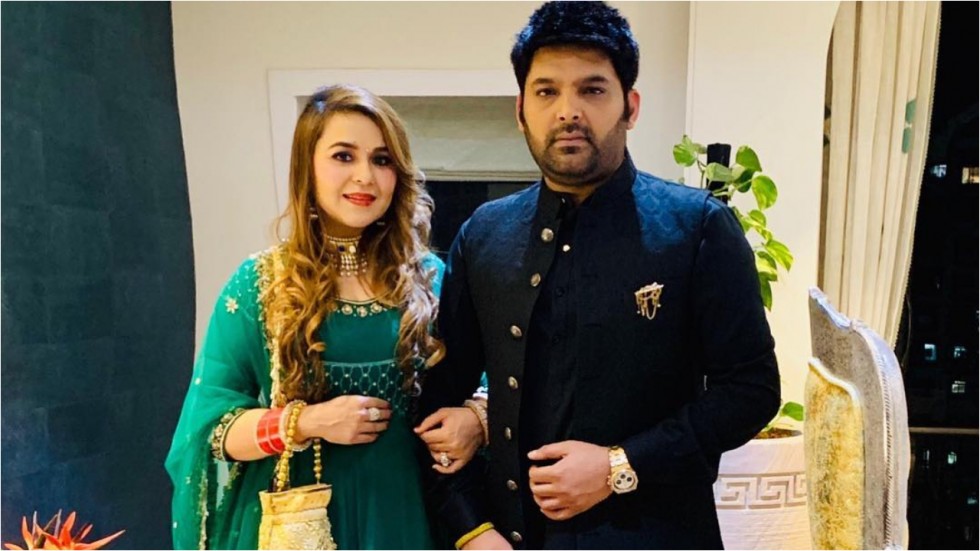 Kapil Sharma and wife Ginni Chatrath welcomed a baby girl on 10 December, 2019. The comedian-actor shared the good news with his fans via social media. ''Blessed to have a baby girl. Need ur blessings. Love u all. Jai mata di,’' he wrote on Twitter.

He shared the news but he didn't share a single picture of his little angel on social media. However, recently his fan clubs shared pictures of the comedian with his daughter. Have a look.

It's time for congratulations Into this world a child is born Lets raise a glass in celebration. ðŸ¤—ðŸ’•ðŸ˜˜ The Best Picture of The Decade..ðŸ™ˆ @kapilsharma @chatrathginni #kapilsharma #thekapilsharmashow #tkss #newborn #babies #babygirl

In the picture, Kapil is seen holding his little munchkin. Just a day after the birth of his daughter, the ace comedian was back on the sets of The Kapil Sharma Show to shoot an episode with his Deepika Padukone. He showed the picture of her daughter to Deepika.

Kapil Sharma and Ginni Chatrath tied the knot on December 12, 2018 in Jalandhar in a twin ceremony. After getting married in a Hindu Karaj ceremony, the Anand Karaj ceremony was organised at Ginni's hometown. Kapil also hosted a reception in Amritsar for family and close friends.

He also organised a separate function in Mumbai on December 24 for his colleagues and members of the film fraternity which was attended by many popular Bollywood celebrities including Deepika Padukone, Ranveer Singh, Vicky Kaushal, Anil Kapoor, Kriti Sanon, Raveena Tandon among others. Prime Minister Narendra Modi also attended the reception party.