In August 2019, 'Queen of Controversy' Rakhi Sawant surprised all her fans and followers after she announced her marriage with UK-based businessman Ritesh. 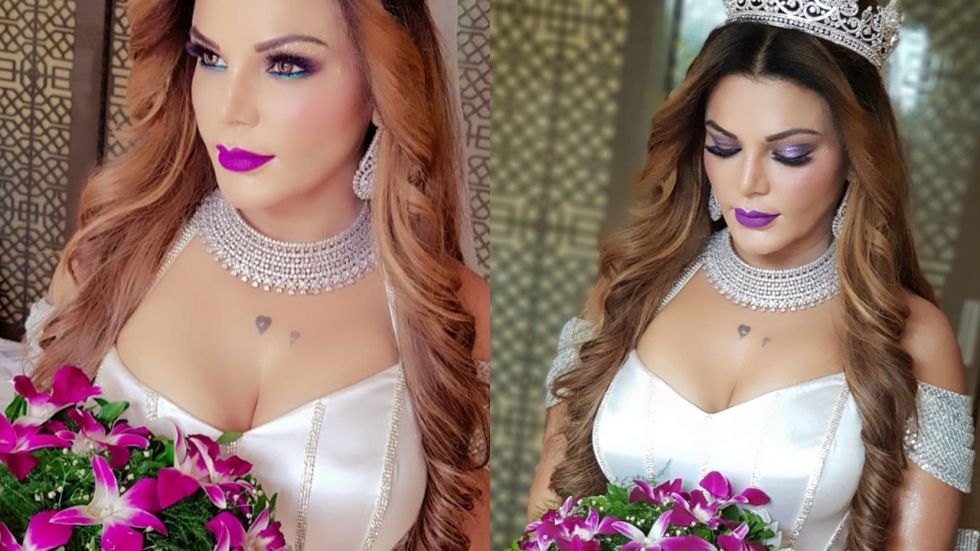 Rakhi Sawant Introduces Her ‘Beti’ To The World After Just 3 Months Of Marriage. (Photo Credit : Instagram )

In August 2019, 'Queen of Controversy' Rakhi Sawant surprised all her fans and followers after she announced her marriage with UK-based businessman Ritesh. She tied the knot on July 28 at a five star hotel in Andheri, Mumbai. The actress seems to be in a happy place after finding love again in Ritesh, her 'mystery' husband. And now, just three months after the wedding, Rakhi has introduced her 'beti' to the world through Instagram.

Rakhi took to her Instagram and wrote, "Dosto my fans a meri beti Hai please give her your Ashirwad thanks." But here's the twist! In the video, Rakhi is sporting baby face filter and showing her tiny version to us. In the video, the mini Rakhi can be seen saying, "You know my mom, Rakhi Sawant. She is my mom. Aap sab log usey bahut pasand karte ho na friends. So aaj mere mom ke phone pe main na video bana rahi hoon. She is my mom. Fans kya aap log mujhe bhi like maroge? Main to uski daughter hoon. Haaaan. Main bhi dher saare ad karungi. Love you fans. Rakhi Sawant is my mom."

In a recent interview with SpotboyE, Rakhi Sawant had revealed that she and her hubby, Riteish had bought a house in London. She had said, ''I am with my husband, Riteish. It's my Grihapravesh. It was done with all the traditions. We have bought a new house in London. I am learning to cook as well.'' A few days back, Rakhi had given a glimpse into her luxurious home. She had captioned it as "My house I am a princess of my husband heart and my house."

In an interview with the Hindustan Times, Rakhi Sawant had revealed the real reason behind her hubby’s disappearance from the limelight and had stated, ''Mere husband ko media etc pasand nahi. Unko kisi ke saamne aana nahi tha. Shaadi toh family ke beech mein hoti hai, duniya ko thhodi na bulana hota hai!'' Further talking about how love bloomed, Rakhi had stated, ''He WhatsApped me. Messaging and then talking to him, we became friends with the passage of time. This happened about a year-and-half back.'' The Pardesiya performer had also added, ''Mera pati mere liye parmeshwar hai.''

Ritesh also recently confirmed his marriage to Rakhi and said that she is a 'wonderful person by heart’. ''I have never seen a woman like her. I think she is superior than me,” he said adding, ''she is very frank and I think that’s a great virtue.'' Reacting to speculation that Rakhi may have cooked up her marriage to stay in news, he told, ''How does it matter whether what people think about my existence? Let them believe or not. I have a family. Rakhi has a family. We are both happy. That’s all that matters.''

Rakhi, first stirred marriage rumours with a mystery man when she posted pics of herself in wedding attire. She announced in August that she had married a UK-based NRI but avoided speaking about it. “Yes, I got married on July 20. Actually, main darr gayi thhi. I wanted to have a quiet, hidden wedding’’ she had then said.