Laxmmi Bomb Is Produced By Cape Of Good Films, Fox Star Studios, And Tusshar Kapoor. It Is Slated To Be Released On May 22.

Akshay Kumar and Kaira Advani have wrapped up the final schedule of Laxmmi Bomb. Producer Shabina Khan took to her Instagram Stories to share the news. "It's a wrap on 'Laxmmi Bomb'... Missed you @kiaraaliaadvani. Thank you everyone. See you in the cinemas 22:05:2020," Khan captioned a picture from the wrap party.

Tusshar Kapoor, who is also one of the producers of Laxmmi Bomb, also shared a picture from the set of Laxmmi Bomb. He wrote, "A long journey comes into its last lap...#laxmmibomb wrap! Jai mata di! (sic)."

In the film, Khiladi Kumar is playing a transgender in the Raghava Lawrence film. The movie is the official Hindi remake of Tamil horror comedy film titled Muni 2: Kanchana which starred and was directed by Raghava Lawrence. There is much speculation that Amitabh Bachchan might also appear as a transgender ghost in the film. 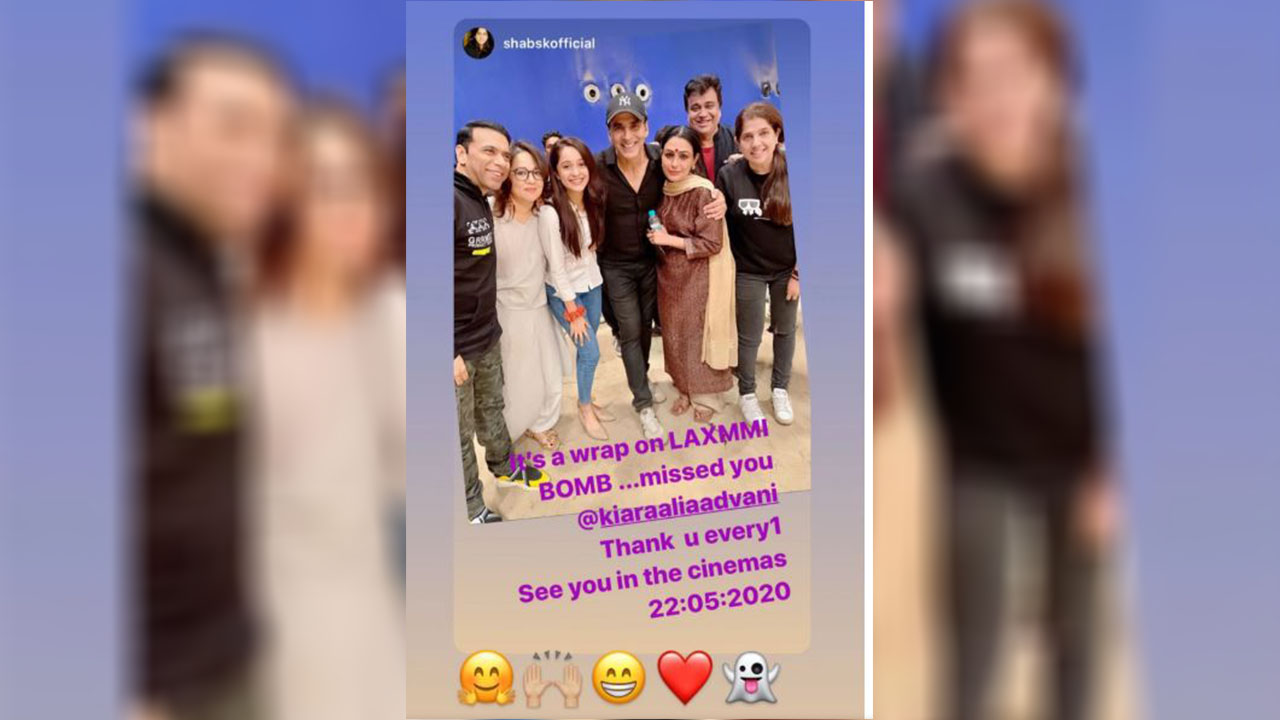 The movie also stars Ashwini Kalsekar, Sharad Kelkar, Manu Rishi, and Ayesha Raza. The film’s plot revolves around a man who is afraid of all things supernatural, but through a twist of fate, he is forced to confront his fear as his body gets possessed by the spirit of a transgender called Laxmmi.

"Laxmmi Bomb" is produced by Cape of Good Films, Fox Star Studios, and Tusshar Kapoor.  It is slated to be released on May 22.