News Nation Found That One Of The Images In The Collage Had Been Flipped In A 180-degree Angle And Is A Mirror Image Of The Original. 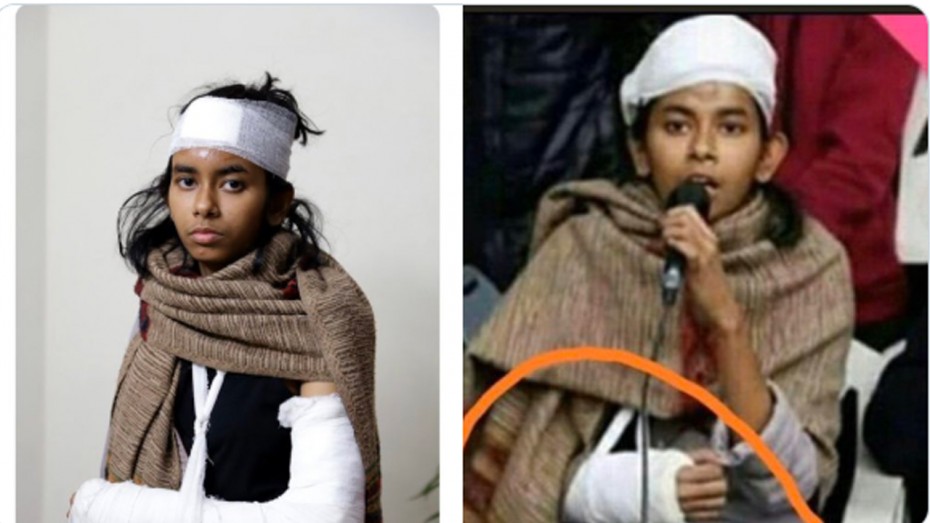 Two photographs of JNUSU president Aishe Ghosh have been put together to portray that she plastered different arms at different times. News Nation found that one of the images had been flipped to falsely claim that Ghosh was photographed with different hands being bandaged on two different occasions. ABVP’s national organising secretary Ashish Chauhan shared the images. His tweet, now deleted, was retweeted by Dr Vijay Chauthaiwale, in-charge of BJP’s foreign affairs department.

Shefali Vaidya was also among those who made the allegation but later took it down. 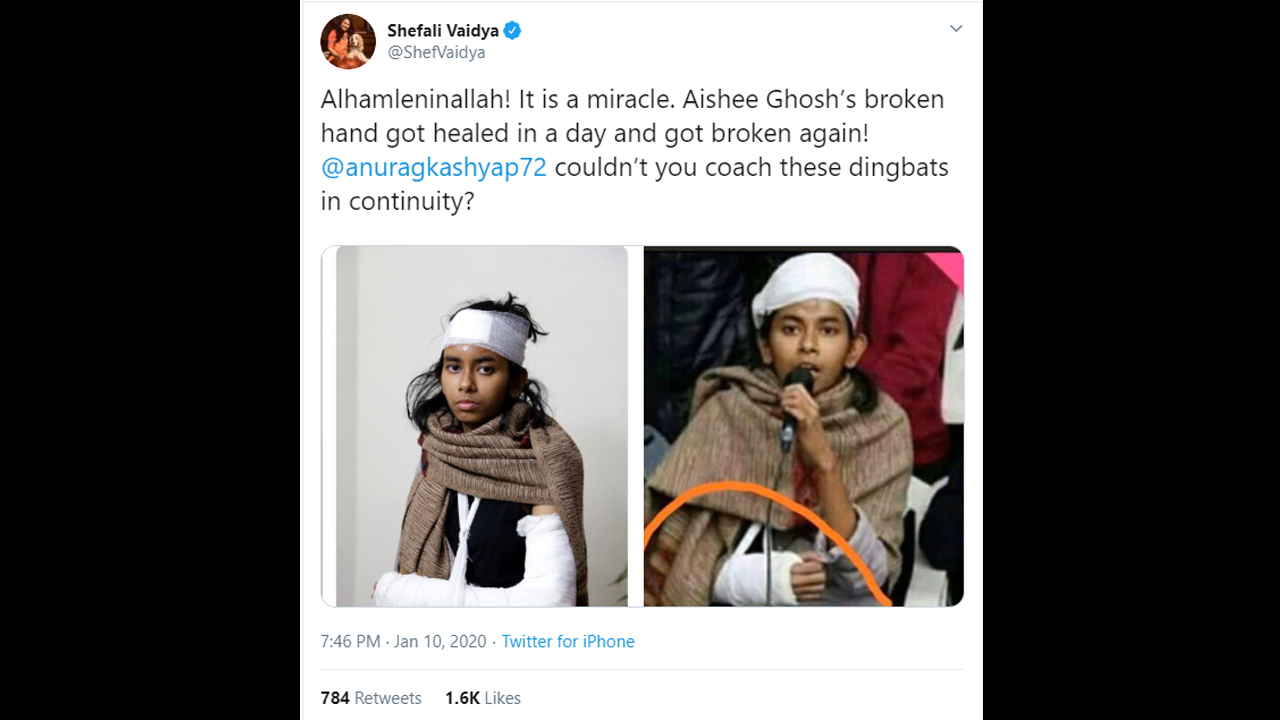 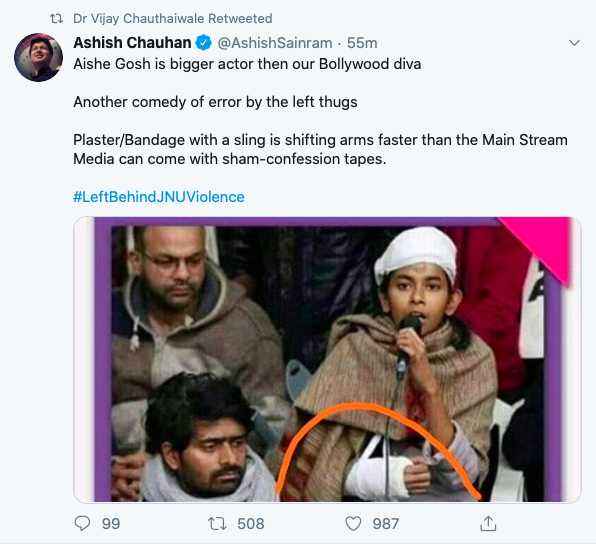 JNU students came under an attack by a mob of masked men and women on January 5 evening. Several students, teachers and staff of the varsity were injured as the unidentified mob went about ransacking the premises and beating them.

News Nation during its investigation found a similar image which is going where Ghosh can be seen at the same location. This was tweeted by Hindustan Times on January 7.

News Nation found that one of the images in the collarge had been flipped in a 180 degree angle and is a mirror image of the original. We were able to find the original image, where Ghosh can be seen addressing students, a day after the attack.

The viral image is from the press conference addressed by Aishe Ghosh on January 6. A video of the event also shows her left arm plastered.

For all the Latest Fact Check News, Download News Nation Android and iOS