In fact, several social media posts on Twitter and Facebook claim that thanks to this money, the construction of grand temple of Lord Ram will commence shortly. 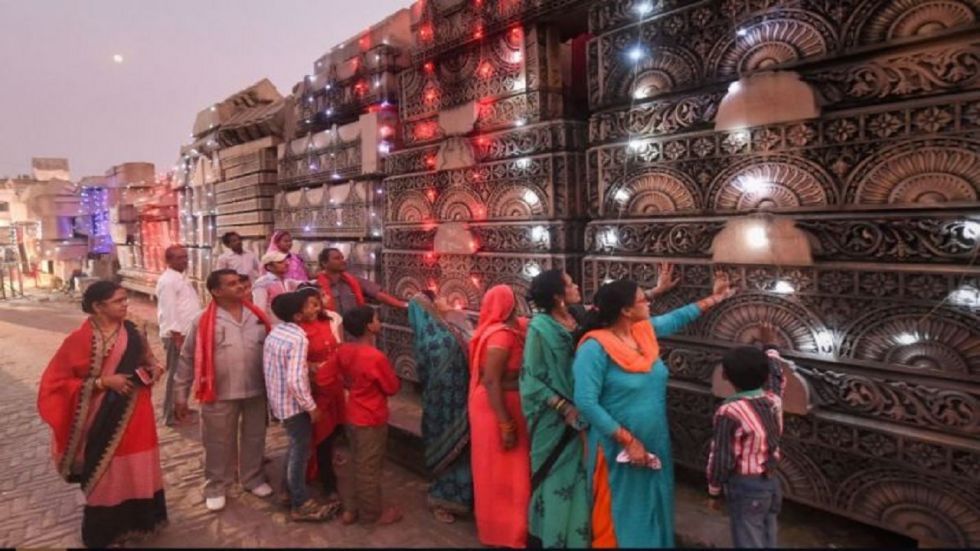 The Supreme Court on November 9 backed the construction of a Ram temple by a government trust at the disputed site in Ayodhya. (Photo Credit : File Image )

Ever since the crucial judgment on the politically-sensitive Ram Janmabhoomi-Babri Masjid title case on November 9, there have been a deluge of disinformation on social media. Though the government is monitoring all such posts and messages that may have the potential to create communal discord, yet one particular fake news has gone viral and is being shared widely. In case you Google ‘Tirupati Balaji’ and ‘Ayodhya’ in same search, one particular ‘news’ result that comes again and again is of the Tirumala shrine donating whopping Rs 100 crore for the construction of Ram Mandir in Ayodhya. In fact, several social media posts on Twitter and Facebook claim that thanks to this money, the construction of grand temple of Lord Ram will commence shortly.

Oddly enough, there’s a news item by local Uttar Pradesh channel ‘Bharat Samachar’ that has a small clip of ‘breaking’ this news. The 29-second clip shows the news anchor saying that Tirupati Balaji has pledged Rs 100 crore for the ‘great cause’. The tweet was shared from official handle of Bharat Samachar on November 11 and as of now, it is still live on its wall. The ‘ek arab’ tweet has bene shared widely with ‘Jai Shri Ram’ chants.

THE REALITY OF TIRUPATI DONATION

However, News Nation tried to find out about this announcement and come to a conclusion that no such pledge has been made by Tirumala Tirupati Devasthanam Board. In fact, some other fact-checking sites such as Alt News and Boom Live also carried the rebuttal by Tirupati Temple. “In reply to your email, above message is truly false. As of now, TTD doesn’t take any official decision for donating amount to Ram Mandir in Ayodhya,” the Trirupati PRO was quoted as saying by Boom Live on question of the Rs 100 crore donation.

NOT THE FIRST TIME

Previously, a letter surfaced online that was claimed to be written by none other than Prime Minister Modi to Chief Justice of India Ranjan Gogoi. Soon, the social media was flooded with the screenshots of the viral letter. Bulk of these messages originated from Bangladesh.

The letter was found to be fake. Though the fraudsters tried to create an impression of authenticity by using India’s National Emblem. However, the letter is fake. Fact-checking website Boomlive also said that the signature of PM Modi in the letter is fake. India has officially released a statement saying that the letter doing the rounds is fake.

The Supreme Court on November 9 backed the construction of a Ram temple by a government trust at the disputed site in Ayodhya, and ruled that an alternative five-acre plot must be found for a mosque in the holy town.