Fact Check: Was Crocodile Spotted In Patna During Bihar Floods? Here's The Reality

A Facebook page, Shiksha Point, shared the clip with the caption, saying: “Crocodile In Patna during Heavy rain.” The post was seen more than 17,000 times at the time of writing the article. 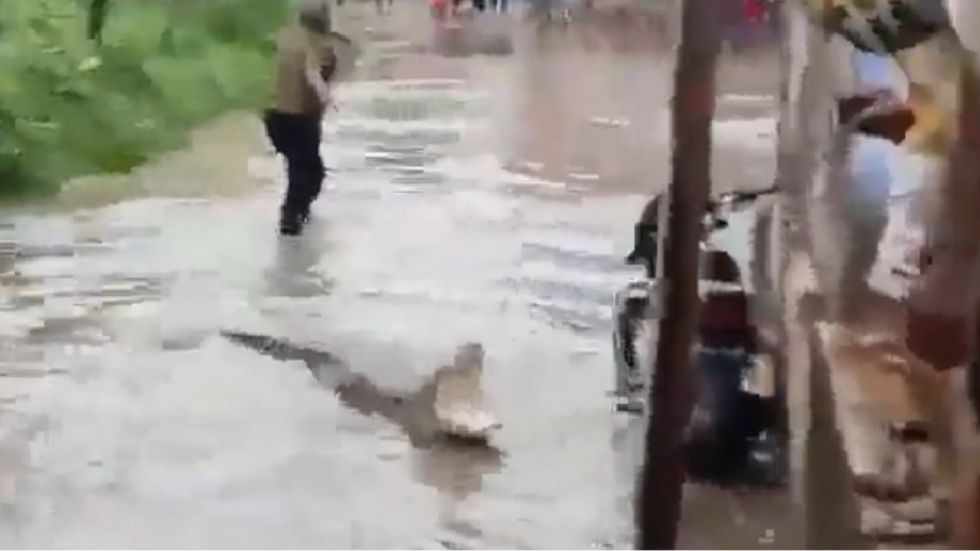 The post was seen more than 17,000 times at the time of writing the article.

A video clip of a crocodile being rescued from a flooded street is going viral on social media. Many have claimed that the semiaquatic reptile was spotted in Bihar’s capital Patna, which remained submerged in the after incessant rainfall for the last several days.  So far, 25 people lost their lives across Bihar due to floods.

A Facebook page, Shiksha Point, shared the clip with the caption, saying: “Crocodile In Patna during Heavy rain.” The post was seen more than 17,000 times at the time of writing the article.

No need to go to Venice (City of Water in Italy) for tourism when you can get the same in Bihar "Blissful Bihar" Great development under Italian Government Bihar Govt. has made Patna City with no roads, just canals with Crocodile (City on Water with extra features, crocodile) pic.twitter.com/mRhKJF0zrU

News Nation Google searched with relevant keywords and found the video posted by The Times of India on August 4, 2019. The newspaper published the video of the rescue operation from a different angle.

“A 10-feet-long crocodile which strayed in residential area was rescued by the combined efforts of the National Disaster Response Force (NDRF) and forest department officials,” reported the ToI.

The footage was also published by NDTV. “Chilling Crocodile Rescue From Flooded Street In Gujarat,” it captioned.

It added: “Battered by heavy rain, Gujarat’s Vadodara saw a dramatic ‘rescue’ this week – not of humans or pets caught left stranded by rising water levels, but that of a crocodile. Four people have been killed and thousands evacuated after record rain in Gujarat’s Vadodara. The city received 500 millimeters of rain in 24 hours. Overflowing rivers brought crocodiles out on streets, creating a frightening situation for residents.” 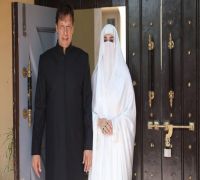 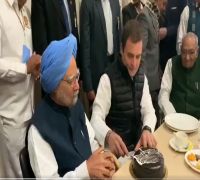 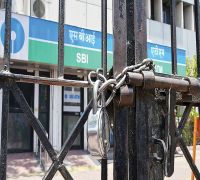 Fact Check: No, Banks Are Not Going To Have Extended 7-Day Holiday