In its previous report, the panel had termed the unauthorised access of call data records of Arun Jaitley as not breach of parliamentary privilege.

A parliamentary panel looking into the issue of alleged surveillance of mobile phones of senior BJP leader Arun Jaitley in 2013 said on Tuesday that unauthorised collection of call records of MPs amounts to breach of privilege if it hinders their functioning. The Rajya Sabha committee on privileges also directed the Delhi Police to pursue criminal case filed in the matter with “all sincerity” so that the guilty persons could be punished and inform it about the outcome of the judicial proceedings in the case.

In its previous report, the panel had termed the unauthorised access of call data records of Jaitley as not breach of parliamentary privilege. Following the opposition to the report from several members of the House cutting across party lines, the panel on privileges revisited the report. The panel heard the Delhi Police Commissioner and also took opinion of the Attorney General on the issue of collection of call detail records of MPs.

The panel after examining the matter was of the view that “if unauthorized collection of CDR of sitting members of Parliament causes any hindrance or obstruction in their parliamentary functions, it would tantamount to breach of privilege beside being a breach of privacy under the criminal law,” the committee said in the report. 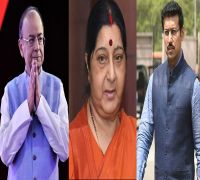 From Sushma Swaraj to Arun Jaitley - list of leaders who are not part of Modi 2.0 Cabinet 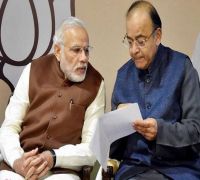 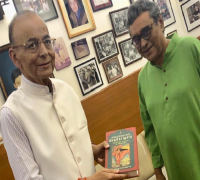 A notice of breach of privilege was given by some members of Rajya Sabha on alleged monitoring and surveillance of mobile phones of Arun Jaitley in 2013, the then Leader of Opposition in Rajya Sabha.

In another matter of 2017, the panel found the Editor-in-Chief of Sudarshan News TV Channel “guilty of committing gross breach of privilege and contempt of the House by his offensive conduct” against then Rajya Sabha MP Naresh Agrawal.

“The committee was of the view that his sole intention was to take undue advantage of the situation and hog the limelight by criticising Parliament and the member and get publicity in the process,” the panel said in its report.

It also recommended to the Information and Broadcasting Ministry to issue necessary guidelines to all TV channels for being cautious with regard to the telecasting and reporting the proceedings of the House and to desist from re-telecast of expunged portions of the proceedings.