In a bid to enhance the capabilities of the armed forces to fight wars in space, Prime Minister Narendra Modi-led centre approved the setting up of a new agency to develop sophisticated weapon systems and technologies for the purpose.

In a bid to enhance the capabilities of the armed forces to fight wars in space, Prime Minister Narendra Modi-led centre on Tuesday approved the setting up of a new agency to develop sophisticated weapon systems and technologies for the purpose.

It is to be noted that the approval for the setting up of the new agency, Defence Space Research Agency (DSRA), was granted by the Prime Minister Narendra Modi-headed Cabinet Committee on Security. 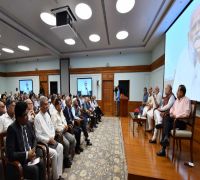 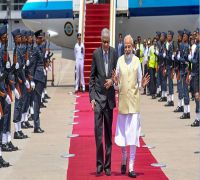 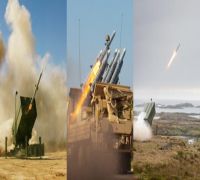 "The Cabinet Committee on Security headed by Prime Minister Narendra Modi has cleared the setting up of this new agency called the Defence Space Research Agency (DSRO) which has been entrusted with the task of creating space warfare weapon systems and technologies," sources in the Defence Ministry told ANI.

According to the media reports, the decision for setting up of the agency was taken at the topmost level of government today evening. Reportedly, the agency has already started taking shape under a Joint Secretary-level scientist. The agency will consist a team of scientists which will be working in close coordination with the tri-services (Army, Navy and Air Force) integrated defence staff officers.

Importantly, the DSRA will provide research and development support to the Defence Space Agency (DSA), which has been created to help the country fight wars in the space. Notably, the DSA has the members of all the three services and is being set up in Bengaluru under an Air Vice Marshal-rank officer.

Centre has created agencies for tackling space and cyber warfare along with a Special Operations Division to tackle the need for special operations required to be carried out both inside and outside the country.