Have no role in Karnataka crisis, trend started by Rahul Gandhi: Rajnath Singh in Lok Sabha

Reacting to the resignations by Congress lawmakers in Karnataka, Singh said that the trend was started by Rahul Gandhi himself.

A political crisis engulfed the south Indian state of Karnataka after 13 lawmakers of ruling coalition submitted their resignation, bringing the Kumaraswamy government in jeopardy. Shocked by the resignations of their several MLAs, the ruling coalition alleged that the central leadership of the BJP was behind the crisis in Karnataka, adding that the saffron party was “destroying the democracy”.

However, Union Defence Minister Rajnath Singh rejected the allegations of poaching on the floor of the lower house and said that the BJP has no role in the ongoing crisis in Karnataka. “Our party has nothing to do with what is happening in Karnataka. Our party has never indulged in horse trading,” Singh said in Lok Sabha.

Reacting to the resignation spree of Congress lawmakers in Karnataka, Singh said that the trend was started by non-other than Rahul Gandhi himself, who quit following his party’s humiliating defeat in the Lok Sabha elections. 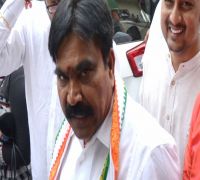 Karnataka Crisis: No stranger to flip-flop, how H Nagesh is treading an 'independent' path 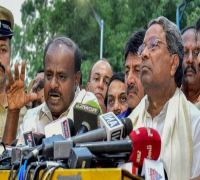 Karnataka Crisis: How numbers stack up in Vidhana Soudha and other political developments 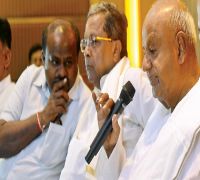 “We're committed to maintaining dignity of parliamentary democracy. Trend of submitting resignations was started by Rahul Gandhi in Congress and it wasn't started by us. He himself asked people to submit resignations, even senior leaders are submitting their resignations,” Rajanth told Parliament.

Meanwhile, all the 21 Congress ministers in Kumaraswamy Cabinet has voluntarily resigned, in a bid to control the damage after the dissent over allocation of ministerial berths and distribution of Lok Sabha poll tickets.

Speculations are rife that more MLAs are likely to announce their resignations. In case the Congress and the JDS leadership fails to convince Ramalinga Reddy, his daughter Saumya Reddy will also quit. She is MLA from Jayanagar. The troubled ruling coalition, which has 118 MLAs in the 224-member Assembly, faces the risk of losing its majority in the House if the resignations are accepted.