A Dubai-based port operator is collaborating with Indian business stakeholders to attract trade and investments to its flagship Jebel Ali Port and Jafza zone, it has been revealed.

A Dubai-based port operator is collaborating with Indian business stakeholders to attract trade and investments to its flagship Jebel Ali Port and Jafza zone, it has been revealed.

The solutions delivered under the initiative - by DP World in collaboration with Jafza and the Indian Business and Professional Council (IBPC) - will support investors through value propositions such as the integration of DP World's assets in both countries, enhancing access to markets beyond the company's network connectivity and global portfolio, said the statement.

"Following the recent DP World Indian Traders' Incubation Centre launch at Jafza One, one of the primary purposes of the initiative is to serve as a platform for talented Indians looking to share their ideas and businesses to markets in the Middle East and further," said the statement.

India has predominately been one of the UAE's largest trade partners, boasting over USD 60 billion with annual growth rate touching 11 per cent.

Both governments view this as a strategic relationship due to enter a vibrant growth phase with bilateral trade expected to exceed USD 100 billion by 2020.

"The India-UAE bridge is a win-win for both sides. India is now the fifth largest economy in the world and one of the fastest growing major economies. During the current year, India is expected to add almost USD 200 billion to global economic growth," India's Ambassador to the UAE Navdeep Singh Suri said.

"With their advanced infrastructure and logistics capabilities, DP World and Jafza are ideally positioned to become key partners in India's growth story. I expect that the proposed bridge could become a significant element in the India-UAE Comprehensive Strategic Partnership," he said. 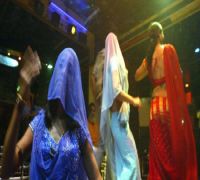 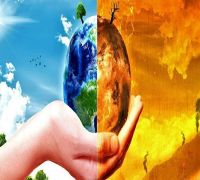 UAE to host preparatory meet ahead of Climate Action Summit 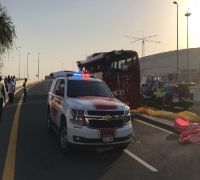