Banerjee, who was flanked by newly-elected MP Nusrat Jahan and her husband Nikhil Jain, said, “Togetherness and tolerance for all faiths is the real religion.”

West Bengal Chief Minister Mamata Banerjee called for religious harmony and togetherness on Thursday as she inaugurated the ISKCON Rathyatra festival here, the largest in the city. Banerjee, who was flanked by newly-elected MP Nusrat Jahan and her husband Nikhil Jain, said, “Togetherness and tolerance for all faiths is the real religion.”

Urging people to embrace peace and unity, the chief minister wished well for everyone on the occasion and chanted “Jai Jagannath”, “Jai Hind” and “Jai Bangla” before the chariot-pulling ceremony commenced from the Albert Road centre of the International Society for Krishna Consciousness (ISKCON).

Sporting a lime green saree, red bangles, a “mangalsutra” and vermilion, Jahan took part in the Rathyatra rituals along with Tollywood actor Soham and her entrepreneur husband, who was wearing white kurta-pyjama.

“In West Bengal, we participate in festivals irrespective of caste, creed or religion. Bengal symbolises amity,” the MP from Basirhat said.

Jahan was heavily trolled recently for wearing vermilion and sporting a “mangalsutra” at her oath-taking ceremony in Parliament. Slamming the critics, the MP had tweeted, saying she represented an “inclusive India... which is beyond the barriers of caste, creed and religion”.

Earlier too, Jahan and another newly sworn-in Trinamool Congress (TMC) MP, Mimi Chakraborty, came under fire for wearing western outfits to Parliament. Both Jahan and Chakraborty are actresses-turned-politicians. 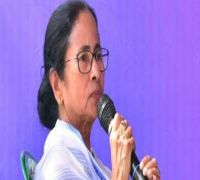 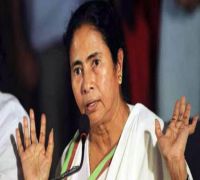 On Thursday, the Basirhat MP conveyed her gratitude to ISKCON for inviting her to the Rathyatra celebrations and extended her best wishes to all. “We should all move ahead together and learn to live together... Jai Jagannath,” she told the gathering.

ISKCON spokesperson Radharaman Das had, on July 2, thanked Jahan for accepting the invitation as a special guest for the inauguration of their 48th Rathyatra ceremony.

“Nusrat Jahan represents a new India...an all-inclusive India. Respect for others’ religious beliefs and participation in their festivities will make India great again. This is what India stands for and youngsters like Nusrat Jahan are showing the path forward,” he had said.

Banerjee, during her address, said a huge ceremony was also being held at the Mayapur Chandrodaya temple, the global and spiritual headquarters of ISCKON, on the occasion.

A religious township would be coming up soon on a 700-acre land adjoining the newly-built temple at Mayapur, the TMC supremo added. The chief minister is scheduled to participate in another Rathyatra celebration at Mahesh in Hooghly district later in the day.