Mumbaikars wake up to Monsoon showers, heavy rains warning issued for next 24-hours

Mumbaikars woke up to monsoon showers on Friday morning with parts of the city receiving moderate to heavy rain. Heavy rainfall has been recorded in Virar, Juhu, Mulund and other areas.

At least a couple of day after the monsoon had officially been declared in Mumbai, the city has started receiving rains. Yes, you read it right. Mumbaikars woke up to monsoon showers on Friday morning with parts of the city receiving moderate to heavy rain. It is to be noted that heavy rainfall has been recorded in Virar, Juhu, Mulund and other areas.

In the meantime, large parts of India including the national capital remain parched as people desperately await overdue monsoon rains.

According to Skymet, Mumbai, Thane, Ratnagiri and adjoining areas will witness heavy to very heavy rains in the next 24 to 36 hours. Though the visibility at the Mumbai airport has been recorded as low, flight operations haven’t been affected, reported ANI. Mumbai International Airport spokesperson, however, told news agency ANI that there was one diversion around 9 am.

While the monsoon helped bring down the temperature, it exposed Mumbai’s weak drainage system as waterlogging was reported from various parts of the city.

Mumbaikars across the city took to social media platforms to share images and videos of the Mumbai rains. Take a look:

Ah good old days. As usual #Juhu is drowning in #MumbaiRains. It seems @mybmc is just as prepared for the monsoon as #SouthAfrica was for the #CWC19 . pic.twitter.com/XcOHQacSwY

And the insane amount of rain starts in Mumbai from today morning! Brace yourself much much more to come! #MumbaiRains #mumbaimonsoon#Monsoon2019 #Thane pic.twitter.com/m7imeD3q8Q

"The BMC has fixed protective grills in flooding-prone areas per Bombay High Court directives....Banners are also displayed at various flooding locations to appeal the citizens not to open manholes and inform BMC office if any manhole cover is found missing," the advisory noted. 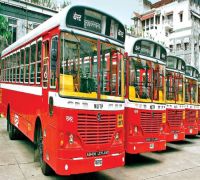 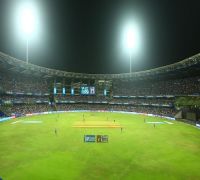 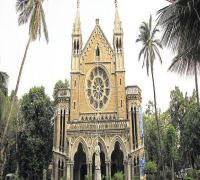